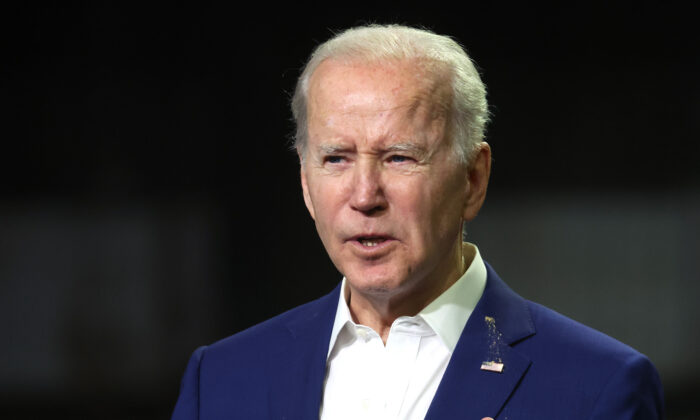 As President Joe Biden signals more actions toward federal student loan debt cancellation, a group of Republican Senators is pushing legislation aimed at preventing him from doing so.

It also states that the education secretary can pause interest and payments for federally held student loans for 90 days after a declaration of national emergency, but can’t extend that pause consecutively. And there must be an income cap so that borrowers with income of more than 400 percent of the federal poverty line won’t be covered.

“Taxpayers and working families should not be responsible for continuing to bear the costs associated with this suspension of repayment,” Thune said in a statement. “This common-sense legislation would protect taxpayers and prevent President Biden from suspending federal student loan repayments in perpetuity. Any future suspension of federal student loan repayments should be left to Congress, not the Biden administration.”

The legislation comes after Biden reportedly said he was looking at options to forgive at least a significant portion of federal student loan debt. According to CBS, Biden talked about this during an April 25 meeting with the Congressional Hispanic Caucus, where he told Rep. Tony Cárdenas (D-Calif.) that the group would be pleased with the plan he’s working on.

The White House press secretary also said on April 25 that Biden “would make a decision about any cancellation of student debt before the conclusion of that pause on student loans.” This means that the decision may come out any time between now and the end of August or that the pause would be extended through 2022, as suggested by some Democrats.

The Trump administration in March 2020 gave borrowers the option to postpone their loan payments without any penalties, setting the interest rates on those loans to zero and pausing collections of defaulted loans. The freeze has been extended twice under Trump and four times under Biden.

During his 2020 presidential campaign, Biden said he was willing to cancel $10,000 in debt for each borrower. An analysis by the Federal Reserve Bank of New York states that his promise translates to the cancellation of $321 billion in federal student loans, or the entire balance for 11.8 million borrowers.

According to the analysis, a $10,000 forgiveness plan, if it doesn’t come with an income cap, would benefit mainly those under the age of 40 who have graduate degrees and live in high-income households of majority-white neighborhoods.

The Education Department said it has thus far canceled more than $17 billion in debt for 725,000 borrowers, including $6.8 billion for more than 113,000 public servants through changes to the Public Service Loan Forgiveness program, $7.8 billion for more than 400,000 people with severe disabilities, $1.2 billion for those who attended now-defunct ITT Technical Institutes, and about $2 billion for 105,000 students who claimed to have been defrauded by their school.