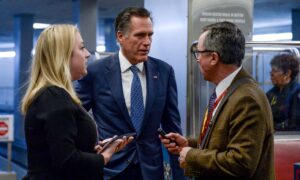 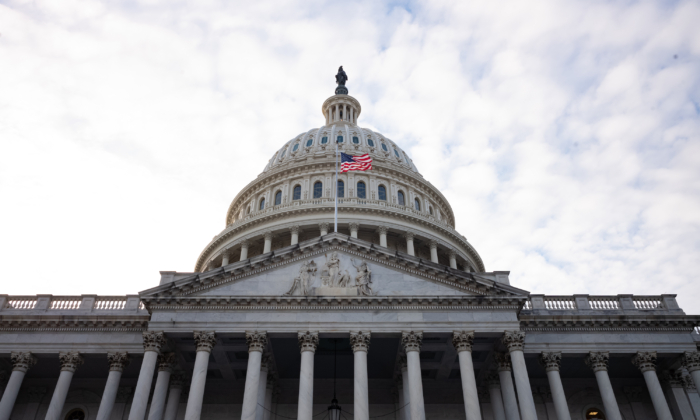 Ten Senate Republicans on Feb. 1 unveiled their $618 billion counterproposal to President Joe Biden’s $1.9 trillion pandemic relief plan, which some members of the GOP have panned as an unworkable liberal wishlist.

Biden has proposed $160 billion for vaccines and testing, $170 billion for schools and universities, and funds to give certain Americans a $1,400-per-person stimulus check, among other provisions.

Some Republicans have questioned the overall price tag, while others urged more targeted measures, particularly over the direct payments to individuals.

The 10 Republican senators were scheduled to meet with Biden on Feb. 1 after he invited them to the White House following their request for a meeting to propose an alternative CCP (Chinese Communist Party) virus relief package.

“We appreciate the president’s quick response to our letter, and we are pleased to accept his invitation to the White House tomorrow afternoon to discuss the path forward for the sixth bipartisan COVID-19 relief package,” the GOP senators said in a joint statement, which noted that their proposal builds on previous relief bills that had passed with bipartisan support. The senators said in their letter that while parts of the proposal mirror Biden’s plan, their proposal includes more targeted assistance.

According to a draft proposal of the slimmer Republican package (pdf), there would be $160 billion for the direct pandemic response, including $50 billion for a “massive expansion of testing,” $30 billion for a disaster relief fund, and $20 billion for a national vaccination program. There would also be an extension of the $300 weekly unemployment insurance payments until July, at a cost of $130 billion.

Biden and the group of Republicans are expected to meet on Feb. 1 to chart a way forward in light of competing visions for COVID-19 relief. An invitation to the GOP senators to meet at the White House came hours after the lawmakers sent Biden a letter on Jan. 31 urging him to negotiate rather than try to ram through his relief package solely on Democrat votes.

As a candidate, Biden expected that his decades in the Senate and his eight years as vice president gave him credibility as a dealmaker and would help him bring Republicans and Democrats to consensus on the most important matters facing the country.

But less than two weeks into his presidency, Biden showed frustration with the pace of negotiations at a time when the economy continues to struggle under the strain of the pandemic. Last week, 847,000 Americans applied for unemployment benefits, a sign that layoffs remain high.

“I support passing COVID relief with support from Republicans if we can get it. But the COVID relief has to pass—no ifs, ands, or buts,” Biden said on Jan. 29.

The House and Senate are on track to vote as soon as this week on a budget resolution, which would lay the groundwork for passing an aid package under rules requiring only a simple majority vote in the evenly divided Senate.

Winning the support of 10 Republicans would be significant for Biden in the 50–50 Senate where Vice President Kamala Harris is the tie-breaker. If all Democrats were to back an eventual compromise bill, the legislation would reach the 60-vote threshold necessary to overcome potential blocking efforts and pass under regular Senate procedures.

Epoch Times reporter Janita Kan and The Associated Press contributed to this report.