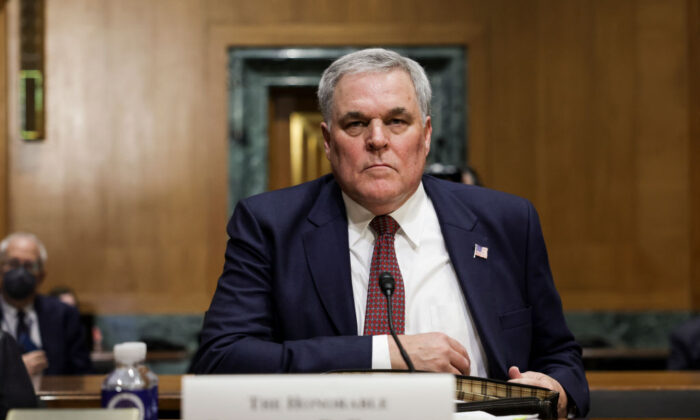 Senate Finance Committee Republicans are demanding that IRS Commissioner Charles Rettig provide detailed answers on how his agency is spending the extra $80 billion it got under President Joe Biden’s 2023 budget.

In a Sept. 22 letter previewing the toughened oversight the IRS will likely face if voters return Republicans to a Senate majority in November’s midterm elections, the 14 GOP lawmakers told Rettig they aren’t interested in “vague plans by Treasury and the IRS on how it may spend” the huge budget increase.

“On Aug. 17, 2022, Treasury Secretary [Janet] Yellen asked you to work with Treasury’s deputy secretary to develop a detailed plan for spending nearly $80 billion in newly enacted mandatory IRS funding, which was part of the Inflation Reduction Act (IRA). The deadline for the plan is Feb. 17, 2023,” the letter said.

“American taxpayers have a right to know exactly how the IRS will spend their money and a right to fair tax administration.

“As members of the authorizing committee charged with oversight responsibilities over both the IRS and Treasury, we are compelled to ask: how will the IRS fix its numerous existing problems while satisfying the critical need for transparency and accountability?”

The GOP senators said they expect “detailed answers on how the IRS will: (1) prioritize taxpayer services, (2) guard against partisan targeting, (3) protect taxpayer privacy, (4) modernize technology, and (5) track and publish timely and reliable metrics, timelines, and milestones to establish comprehensive transparency and accountability, and allow for meaningful independent oversight.”

Burr, Portman, and Toomey are retiring at the end of the current Congress.

The trio are considered members of the moderate wing of the Senate GOP, but two of their potential successors—Ted Budd of North Carolina and J.D. Vance of Ohio—are expected to line up with conservatives such as Ted Cruz of Texas and Josh Hawley of Missouri.

The Biden plan for the IRS is to use virtually all of the additional funding to hire 87,000 additional auditors, with a result that taxpayers in all income brackets will be more likely to face heightened scrutiny.

The GOP senators have different priorities, beginning with addressing the growing evidence of “unacceptable taxpayer service delivery” by the agency.

The letter’s signatories cited data showing only 10 percent of all customer calls to the IRS were actually answered by the agency customer service employees and that, on average, 251 days were required to complete the processing of requested adjustments in tax liabilities.

In addition, the signers noted that the IRS had “a backlog of 21.3 million unprocessed paper tax returns at the end of May 2022, an increase of 1.3 million from May 2021. This increase happened despite the CARES [Coronavirus Aid, Relief, and Economic Security] Act, American Rescue Plan, and Consolidated Appropriations Act collectively giving the IRS nearly $2.9 billion of additional multi-year funding” even before the present $80 billion increase.

“These problems are serious and have lasted far too long. In 2021, taxpayers waited at length for their refunds and approximately 250 million calls to the IRS went unanswered,” the signers told Rettig.

“Millions of taxpayers should not wait well over a year for their refund or spend days trying to connect with the IRS. The situation is particularly dire for millions faced with 40-year-high inflation and in need of their tax refund to support their families.

“The IRS should use its additional funding to prioritize clearing the backlog of returns and correspondence, and expediently pay taxpayers who are owed a refund.

“The minimum performance standard should be refunds issued within four to six weeks after receipt of a qualifying paper tax return.

“The IRS needs to answer its telephones and hold times should average five minutes or less. No taxpayer should ever experience a ‘courtesy disconnect’ from the IRS.”

They also told Rettig they want details on how he intends to end the decade-long pattern of IRS discrimination against conservative, evangelical, and Tea Party nonprofit applicants.

“Unfortunately, there has been—and continues to be—greater IRS scrutiny of conservative groups applying for tax-exempt status,” the letter noted.

“As recently as May 18, 2021, a religious organization was incorrectly denied 501(c)(3) tax-exempt status because it was, according to the IRS, ‘engaged in prohibited political campaign intervention.’

“Shockingly and inappropriately, the IRS wrote to the organization that ‘the Bible teachings are typically affiliated with the [Republican] party and candidates. This disqualifies you from exemption under IRC Section 501(c)(3).’”

The senators further expect the IRS to clean up its act regarding digital security, noting that recent reports by the Government Accounting Office (GAO) and Treasury Inspector General for Tax Administration (TIGTA) exposed serious shortcomings.

“TIGTA recently concluded the IRS’s cybersecurity program was not effective in 17 of 20 metrics” and GAO “reported the IRS investigated and closed 1,694 cases of willful unauthorized access, attempted access, inspection, or disclosure of federal tax information by IRS employees between fiscal years 2012 and 2021,” they wrote.