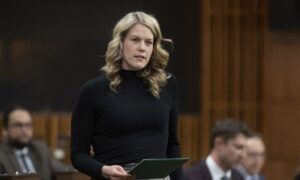 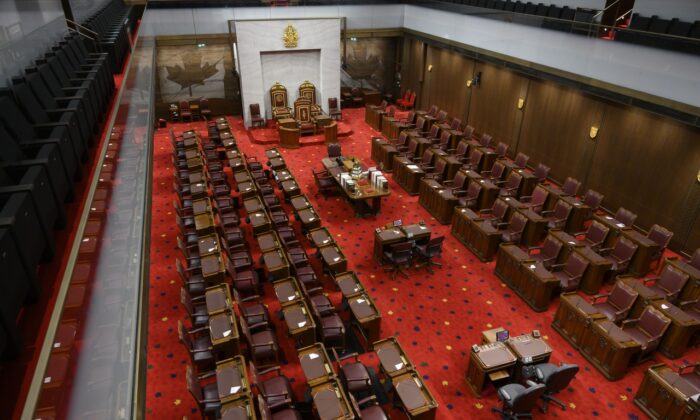 The Senate of Canada building and Senate Chamber are pictured in Ottawa on Feb. 18, 2019. (The Canadian Press/Sean Kilpatrick)
Canada

OTTAWA—The Senate has passed a government bill to mandate the country to reach net-zero emissions by 2050, doing so hours before the upper chamber rises for the summer and a possible fall election.

Bill C-12 sets targets for achieving an economy in which any greenhouse gas emissions are offset by other measures, and the upper chamber passed it with a vote of 60-19, with two abstentions.

It was one of four priority bills the Liberals wanted passed before Parliament took a summer break as the legislation would have died if an election is called before senators and MPs are scheduled to return in September.

Senators are set to hold third-reading debate of Bill C-30, which would implement the government’s budget, later this evening.

The budget bill cleared the House of Commons last week, with support from the NDP and Bloc Quebecois, paving the way for key commitments that include extensions of pandemic-relief programs like wage and rent subsidies through September.

The Senate is also debating Bill C-10, which would amend the Broadcasting Act to apply Canadian content rules to streaming giants, while Bill C-6, which would ban conversion therapy, was sent to a Senate committee last night.