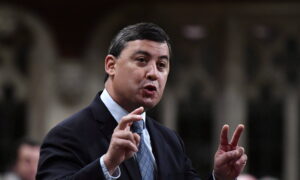 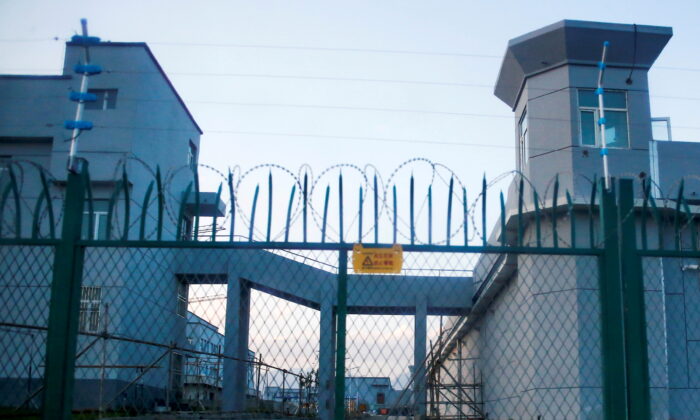 A perimeter fence is constructed around what is officially known as a vocational skills education center in Dabancheng in Xinjiang Uyghur Autonomous Region, China, on Sept. 4, 2018. (Thomas Peter/Reuters)
Canada

The Senate of Canada approved a motion on June 3 that demands the government of Canada impose sanctions against Chinese officials involved in the persecution of Uyghur Muslims in China’s western Xinjiang region.

Submitted by Conservative Sen. Leo Housakos, the motion calls upon the federal government to impose Magnitsky sanctions against members of the Chinese Communist Party (CCP) who have taken part in the “human rights abuses and systematic persecution of Uighur Muslims in China.”

“We can not continue to claim to be defenders of human rights and religious freedom while at the same time turning a blind eye to what is happening to Uighur Muslims in China. The time for words is over. Now is the time for action,” Housakos wrote on Twitter on June 3. “Impose Magnitsky sanctions against the CCP.”

During a debate in the chamber prior to the passing of the motion, Sen. Julie Miville-Dechêne said she couldn’t remain silent about the human rights violations that the Uyghur Muslims are experiencing at the hands of the Chinese communist regime.

“The Uyghurs being forced to labor in factories both within and outside the autonomous region of Xinjiang have been the most visible face of this problem during the pandemic,” she said.

“Along with this forced labor, the Uyghurs are also enduring torture, sexual violence against women in re-education camps, sterilization, and assimilation techniques, as my colleagues described. It is disgusting.”

An independent report published in March by think tank Newlines Institute for Strategy and Policy concluded that the CCP is responsible for the ongoing genocide against Uyghur Muslims.

The report noted that the genocide is conducted systematically, starting by collecting Uyghurs’ biometric data and assigning Party cadre teams to monitor them, and subsequently destroying their cultural and religious site, language, and poetry—all central to their identity and life.

The CCP next criminalized their religious practices, and built and expanded the internment camps and detention facilities where between 1 and 2 million Uyghurs have been detained.

In February, the majority of MPs officially recognized the CCP’s campaign against Uyghurs and other Muslim minorities constitutes a genocide after a 266-0 vote, which the Conservatives motion gained support from the Bloc Quebecois, the NDP, the Green Party, and non-cabinet Liberal MPs.

Prime Minister Justin Trudeau and his Cabinet didn’t show up, except for Foreign Affairs Minister Marc Garneau, who voted on behalf of the body to abstain from voting on the motion.

On the Senate’s end, a similar motion concerning recognition of the Uyghur genocide was introduced by Housakos on March 15, and debated on June 3. The motion, however, was voted to adjourn to a future date for further debate, which Housakos called “disappointing.”

Miville-Dechêne remains positive that the Senate can still make a difference in sounding out the atrocities committed by the Chinese regime.

“The Senate may not have the power to force the Government of Canada to impose sanctions on China, but we can join the House of Commons in speaking out loud and clear against the persistent human rights violations in China,” she said.