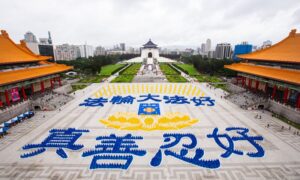 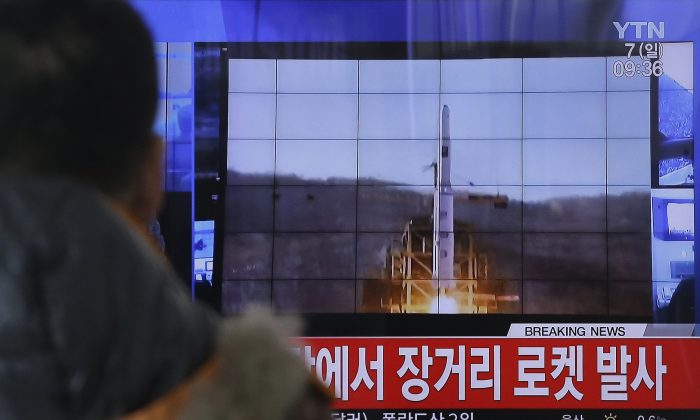 WASHINGTON—Seeking to derail North Korea’s drive for nuclear weapons, Republican and Democratic senators set aside their partisan differences Wednesday to unanimously pass legislation aimed at starving Pyongyang of the money it needs to build an atomic arsenal.

The Senate bill, authored by Menendez and Sen. Cory Gardner (R-Colo.), targets North Korea’s ability to finance the development of miniaturized nuclear warheads and the long-range missiles required to deliver them. The legislation also authorizes $50 million over the next five years to transmit radio broadcasts into North Korea, purchase communications equipment and support humanitarian assistance programs.

The legislation comes in the wake of Pyongyang’s recent satellite launch and technical advances that U.S. intelligence agencies said the reclusive Asian nation is making in its nuclear weapons program.

Gardner said the Obama administration’s policy of “strategic patience” with North Korea has failed. “The situation in the Korea peninsula is at its most unstable point since the armistice,” said Gardner, referring to the 1953 agreement to end the Korean War.

The situation in the Korea peninsula is at its most unstable point since the armistice.
— Sen. Cory Gardner (R-Colo.)

The House overwhelmingly approved North Korean sanctions legislation last month. While there are differences in the two bills, Sen. Bob Corker, the chairman of the Senate Foreign Relations Committee, said he does not expect any difficulty in producing a final measure.

The House sent the Senate a bill that was very strong and “we’ve been able to improve it,” said Corker, a Tennessee Republican. “I think they’ll be happy with those improvements.”

GOP senators and presidential candidates Ted Cruz of Texas and Marco Rubio of Florida rushed back from the campaign to vote, but one presidential hopeful didn’t make it. Democratic candidate Sen. Bernie Sanders of Vermont missed the vote. He issued a statement expressing his support for the legislation.

North Korea on Sunday launched a long-range rocket carrying an Earth observation satellite into space. The launch, which came about a month after the country’s fourth nuclear test, was quickly condemned by world leaders as a potential threat to regional and global security.

Washington, Seoul and others consider the launch a banned test of missile technology. That assessment is based on Pyongyang’s efforts to manufacture nuclear-tipped missiles capable of striking the U.S. mainland; the technology used to launch a rocket carrying a satellite into space can be applied to fire a long-range missile.

In the annual assessment of global threats delivered to Congress on Tuesday, Director of National Intelligence James R. Clapper said North Korea has expanded a uranium enrichment facility and restarted a plutonium reactor that could start recovering material for nuclear weapons in weeks or months.

Both findings will deepen concern that North Korea is not only making technical advances in its nuclear weapons program, but is working to expand what is thought to be a small nuclear arsenal. U.S.-based experts have estimated that North Korea may have about 10 bombs, but that could grow to between 20 and 100 by 2020.

North Korea Could Soon Have Plutonium Bombs, Says US Official

Clapper said Pyongyang has not flight-tested a long-range, nuclear-armed missile but is committed to its development.

North Korea already faces wide-ranging sanctions from the United States and under existing U.N. resolutions is prohibited from trading in weapons and importing luxury goods.

The new legislation seeks additional sanctions—both mandatory and at the discretion of the president—against the government of North Korean leader Kim Jong Un and those who assist it.

It would require the investigation and punishment of those who knowingly import into North Korea any goods or technology related to weapons of mass destruction; those who engage in human rights abuses, money laundering and counterfeiting that supports the Kim regime; and those who engage in “cyber-terrorism.”

The White House director for Asian affairs, Daniel Kritenbrink, told reporters Wednesday that discussions are continuing at the U.N. Security Council to impose new sanctions on North Korea, and the U.S. is considering “other unilateral measures.” He did not elaborate on what those measures might be.

The principal action the Obama administration has taken to date in response to the nuclear and rocket tests has been to start discussions with close ally South Korea on deploying a new missile defense system.