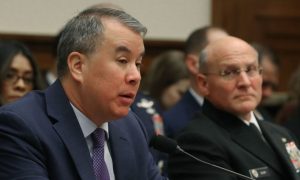 DoD Official: Trump Can Use Military to Build Wall Without National Emergency
0 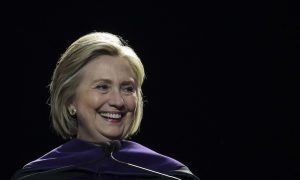 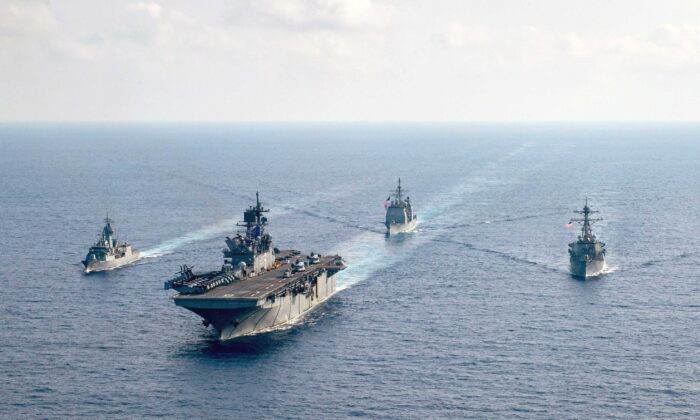 The Senate Armed Services Committee approved its version of the fiscal year 2021 National Defense Authorization Act (NDAA) on June 11, which includes a $6.9 billion defense initiative to counter China in the Pacific, along with a boost to hypersonic missile defense.

The measure, which passed on a bipartisan vote of 25–2, also seeks to derail the Federal Communication Commission’s (FCC) approval of L-band spectrum use for 5G wireless, a move that has the potential to disrupt commercial and military GPS signals, and raises concerns that the technology will affect U.S. national security.

The Pacific Deterrence Initiative, which wasn’t included in the White House’s budget request, would directly funnel money into the commands that run the day-to-day operations of a theater, as opposed to through the services that train and equip the military. The bill authorizes $1.4 billion for the PDI in fiscal 2021, and $5.5 billion for fiscal 2022.

A similar project, worth around $3 billion to $4 billion per year, took place in Europe after Russia invaded Crimea in 2014, when politicians were keen to send a message to President Vladimir Putin and his “little green men.”

The committee’s version of the NDAA picks up the demands of the National Defense Strategy to pivot the military to great power competition with Russia and China.

“After years of sustained conflict, underfunding, and budgetary uncertainty, Congress focused on rebuilding the military in the past two NDAAs,” said a statement (pdf) by the panel. “Progress has been made, but the work is not yet done.”

The full text of the bill isn’t available. The bill now heads to the Senate floor for consideration.

According to the bill summary, among other initiatives, it “provides additional funding for missile defense priorities, including the Hypersonic and Ballistic Tracking Space Sensor, components for an eight Terminal High Altitude Area Defense battery, Homeland Defense Radar-Hawaii, and additional SM-3IIA interceptors.”

The legislation also pushes back on the FCC decision to allow Ligado Networks to use the L-band of the electromagnetic spectrum for the next-generation wireless tech—a potential answer to Huawei’s 5G. That decision has been criticized by the Pentagon and various other agencies as endangering GPS bandwidths used by the military.

The Senate panel version of the NDAA blocks the use of Department of Defense (DOD) funds to comply with the FCC order until an estimate is given of the costs of fixing any accompanying interference to the military GPS. It also directs the DOD to order a technical review from the National Academies of Science and Engineering.

The idea of a Pacific Deterrence Initiative (PDI) has been floated for two or three years in Congress but gained little momentum until recently. Both the chairman and ranking member of the House Armed Services Committee have already indicated support for such an initiative.

According to the summary of the bill, the NDAA for fiscal 2021 establishes the PDI, “to send a strong signal to the Chinese Communist Party (CCP) that America is deeply committed to defending our interests in the Indo-Pacific.”

“The current U.S. National Defense Strategy prioritizes the U.S. abilities to counter Chinese aggression, in particular throughout the Indo-Pacific,” Timothy Walton, a defense analyst at the Hudson Institute, previously told The Epoch Times.

“However, there have been a number of questions raised as to how much the Department of Defense is reprioritizing its funding to focus on operations in the Indo-Pacific.

“In contrast, over the past number of years, there have been special initiatives established to fund deterrence and reassurance activities in the European command theater of operations while a similar initiative hasn’t been established in the Pacific. ”

In funneling money through this route of a deterrence initiative, the proposals from Congress would shift the balance in the bureaucratic tussle between the military commands and the services over strategic direction and influence.

Congress pushed for greater direct insight from the Indo-Pacific commanders in 2019, mandating a report of recommendations published in March that then formed the basis for the deterrence initiatives.