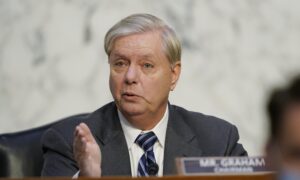 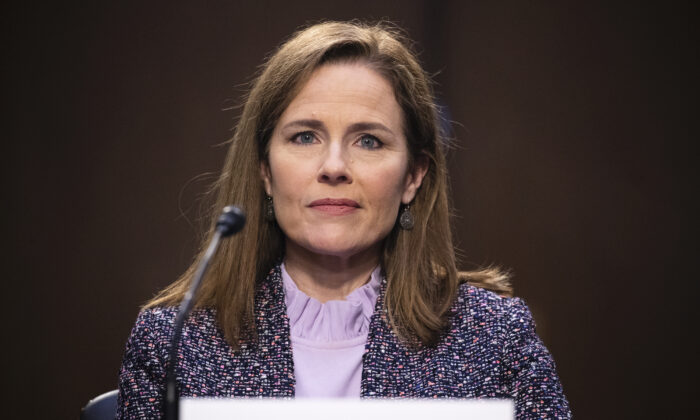 The Senate Judiciary Committee has formally scheduled a vote to approve Judge Amy Coney Barrett’s nomination to the Supreme Court for next week.

Committee Chairman Lindsey Graham (R-S.C.) on Oct. 15 set the panel’s vote for 1 p.m. Oct. 22, after which it will be sent to the Senate floor. Over objections from Senate Democrats, Republicans have been pushing forward with a tight timeline to confirm the judge before the Nov. 3 election.

The move comes after three days of hearings in which the judge was grilled by members of the committee about her views on a range of issues that included abortion, the Affordable Care Act (ACA), voting rights, climate change, and LGBTQ rights, among other social issues. Barrett largely refused to express her personal views by invoking precedents and rules governing judicial conduct.

Following the motion to set the vote, Senate Democrats moved to indefinitely delay Barrett’s nomination, leading to a debate among the committee. Democrats are opposed to Barrett’s nomination before the election, arguing that whoever wins the election should be given the opportunity to select the nominee to replace late Associate Justice Ruth Bader Ginsburg, who died on Sept. 18.

“This rushed, sham process is a disservice to our committee,” Sen. Richard Blumenthal (D-Conn.) said. “She has been rushed in way that is historically unprecedented.”

“The purpose of doing it is simply to have a justice on the Supreme Court, as the president has said, to decide the election and to strike down the Affordable Care Act,” he added.

Barrett’s addition to the bench would solidify the conservative majority in the top court. The Senate Democrats’ motion to delay the nomination was ultimately defeated in a vote.

Senate Majority Leader Mitch McConnell said later on Oct. 15 that the full Senate will begin considering Barrett’s nomination on Oct. 23 “and stay on it until we finish this.”

Republicans have widely praised Barrett for her qualifications and character. On Oct. 14, Graham said he was “proud” of Barrett for shattering “a reinforced concrete barrier around conservative women.”

On Oct. 15, Graham said Barrett is the type of person Republican presidents would pick.

“The bottom line with Judge Barrett like Sotomayor and Kagan is she’s somebody that a Republican would pick,” Graham said.