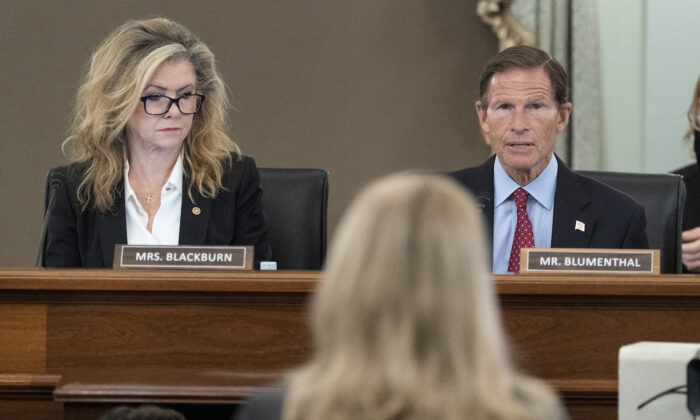 Bill S.2710 addresses Apple and Google in particular, who oversee the Apple App Store and the Google Play Store, which together mediate access to the vast majority of apps used by smartphone users.

The bipartisan bill is sponsored by Senators Richard Blumenthal, Amy Klobuchar, and Marsha Blackburn. The committee voted 20-2 to advance the legislation, with Senators John Cornyn and Thom Tyllis being the only dissenting votes within the Judiciary Committee.

The new legislation is an attempt to curtail the power of the two major app store providers, who have a long history of using their domination of the market to exert power over information, content, and capital on the internet.

Apple temporarily banned both Tumblr and Telegram in 2018, claiming that they did so because of the availability of child pornography on these platforms (both have subsequently been reinstated in the App Store.) This action was the catalyst for Tumblr’s adoption of a universal ban on adult content, which was criticized by progressive media outlets.

Apple and Google have also used the app store as a tool of censorship for alternative media. Apps for Gab and Infowars have been banned by both platforms, whereas Parler was indefinitely removed from Google play and temporarily removed from the Apple App Store.

The app duopoly has also used its domination of the market to enlarge their own profits. In particular, Apple has been known to demand a significant fraction of the profits made through apps available on the app store, and even large companies are not immune from this restriction. In 2020, Facebook added a note to the checkout page for paid Facebook events, telling customers that Apple would take a 30 percent cut of the cost of entering these events. Facebook was forced to withdraw the note after pressure from Apple, which cited a policy against “irrelevant” information.

The Open App Markets Act has advanced despite protestations from Apple and Google, who claim that the legislation encourages side-loading, or loading apps onto devices without the use of the device’s designated app store.

“We are deeply concerned that the legislation, unless amended, would make it easier for big social media platforms to avoid the pro-consumer practices of Apple’s App Store, and allow them to continue business as usual,” said Apple executive Tim Powderley in a letter to Judiciary Committee leaders obtained by CNBC. It does so by mandating that Apple allow the sideloading of apps and app stores that need not comply with the App Store’s pro-consumer privacy protections.”