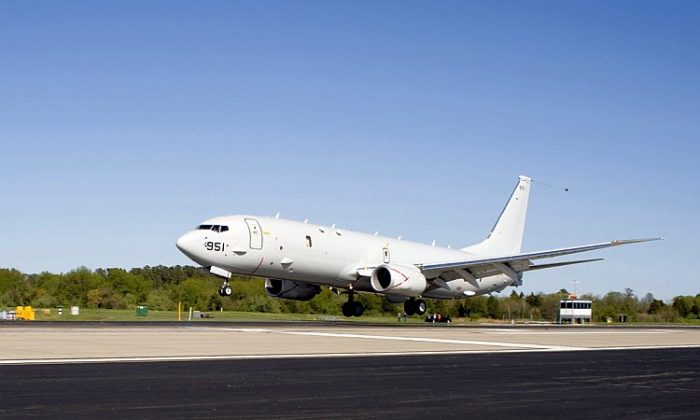 WASHINGTON—This past week, the Senate Armed Services Committee released the findings of a months-long bipartisan probe that revealed 1,800 cases of counterfeit electronic parts in the DOD supply chain, with the total number of suspected counterfeit parts exceeding 1 million. According to committee Chairman Carl Levin (D-Mich.) and ranking minority member John McCain (R-Ariz.), the vast majority of the parts originated in China.

The investigation, which was launched in March, discovered that counterfeit electronics have flooded the defense supply chain, affecting such systems as the electronic components of ballistic missiles used by the Missile Defense Agency, the night-vision system in an anti-submarine military helicopter, the cockpit video display of a C-27J Spartan Air Force transport aircraft, and the ice-detection system on a brand new Navy P-8 Poseidon anti-submarine warfare aircraft, among other examples.

“We can’t tolerate the risk of a ballistic missile interceptor failing to hit its target, a helicopter pilot unable to fire his missiles, or any other mission failure because of a counterfeit part,” said Sen. McCain.

Levin also lambasted the Chinese government, accusing it of being uncooperative and unwilling to help with what McCain regarded as a grave national security threat to the United States.

“Chinese authorities impeded our investigation, refusing even to issue visas to our investigators to enter mainland China. At one point, a Chinese Embassy official told staff that the issues we were investigating were ‘sensitive’ and that the investigation could be ‘damaging’ to U.S.-China relations,” said the senator.

The center of the counterfeit electronics trade is said to be located in the city of Shenzhen, in Guangdong Province.

According to the Armed Services Committee and several of the witnesses that testified last Tuesday, criminal enterprises within China produce these counterfeit parts by stripping electronic components off of old computer systems that have already been designated as “e-waste.”

Afterward, the components are doctored to make them appear as if they are brand new—often being washed in dirty Chinese rivers and dried in the street—and eventually find their way into the supply chains of major DOD contractors.

Though such parts may look brand new to manufacturers, they have a shortened lifespan, and can cause a critical system to turn into an unreliable ticking time bomb, putting the lives of military personnel at risk.

Levin characterized the 1,800 cases revealed by the Senate probe as “the tip of the iceberg,” and said that the existence of counterfeit parts in military equipment represented a “clear and present danger” and was a “threat to our troops.”

Levin and McCain say that they intend to overhaul regulations regarding defense acquisitions through the 2012 Defense Authorization Act, so that the responsibility is placed on the defense contractors for replacing counterfeit parts.

They also threatened to inspect all Chinese shipments of electronics into the United States if the Chinese government fails to deal with the counterfeit goods market in its own country.