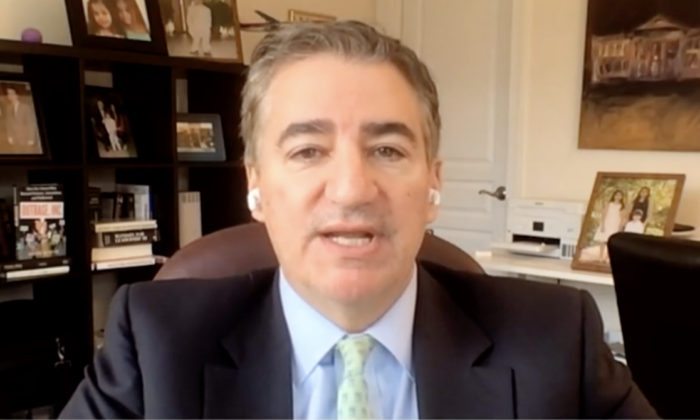 Senate Filibuster Does Not Have ‘Racist Origins:’ President of Liberty Government Affairs

The president of Liberty Government Affairs, Brian Darling, said that the Senate filibuster rule does not have racist origins, as Democrats have recently asserted.

Darling told host Steve Lance that the rule changed again in 1975 when the U.S. Senate lowered the threshold to a three-fifths vote, or 60 senators to pass legislation; this is where the rule currently stands.

After winning back the White House in November 2020, some Democrats have amplified their call to end the Senate filibuster rule, which is currently preventing the party with the thinnest of majorities from passing two massive pieces of legislation.

A coalition of 100 Democrats in Congress have now branded the filibuster a “tool in preventing progress towards racial justice.”

“It is a relic of Jim Crow-era policies that continue to preclude our nation’s efforts to fulfill a foundational promise laid out in the constitution,” members wrote in an April 2021 statement.

As it currently stands, Democrats need 50 votes in the Senate to eliminate the filibuster to pass both their voting reform bill and their more than $1.5 trillion social spending package.

“We urge Senate Democrats to do what it takes to pass an agenda that meets the needs of everyday people, including eliminating the filibuster,” the statement continues. “We simply cannot afford such a catastrophic compromise. We must legislate towards a better, more just America.”

Darling said the filibuster is a necessary procedure that makes legislation more transparent because it forces senators to debate the contents of bills on the Senate floor. He added that the Senate is meant to be a deliberating body that makes careful bipartisan decisions.

Democrat leaders have not been able to secure all 50 Democratic votes in the Senate because two senators, Joe Manchin (D-W.Va.) and Kyrsten Sinema (D-Ariz.) joined Republican senators to vote down an attempt to change the filibuster rule in order to pass their party’s major election overhaul bill.

Darling said that even without Manchin and Sinema, Democrats can still find a way to end the filibuster, but it would be a long process.

“It would take a lot of work on the part of Democrats that they don’t seem to want to do right now,” he said.