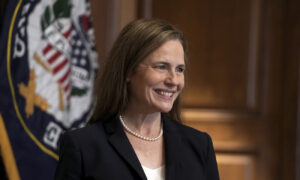 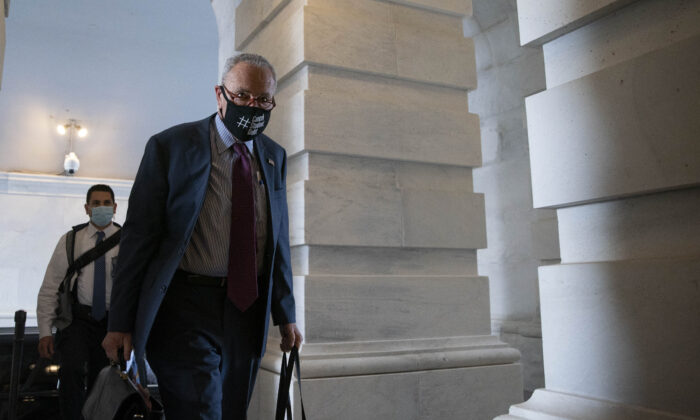 Senate Dems Unlikely to Be Able to Change, Abolish Filibuster

During the confirmation hearings of Amy Coney Barrett, Republicans used their slim majority to expedite Barrett’s approval through a parliamentary procedure colloquially known as the ‘nuclear option.’ This procedure allows the Senate to override a standing rule, like the rule requiring a two-thirds majority to end a filibuster, by a simple majority. Last October, Republicans used this pathway to achieve Barrett’s confirmation with a simple majority.

Now, as they gear up to return from recess, some Democrats are looking to use the same process to push their ‘For the People’ Act (S.1) through the Senate, where they have a slim one-vote majority. However, these 51 votes would not be enough to meet the 60 vote threshold needed to end a filibuster. Because of this, many Democrats see S.1’s way forward as an end to the filibuster—or at least a change to the Senate’s standing rules to make S.1 immune to filibustering.

In an interview, Rep. Jim Clyburn (D-S.C.) said that S.1 dealt with “constitutional rights” and “should not be subjected to a filibuster.” Sen. Jeff Merkley (D-Ore.), who introduced S.1, said in an interview with CBS that it would be “election Armageddon” if the rules about the filibuster are not changed. Sen. Amy Klobuchar (D-Minn.) voiced support for changing or removing the filibuster, saying that “at some point you gotta get things done.”

Through the ‘nuclear option,’ Democrats can carry out these changes by a 51-50 majority. With the vice president’s vote, Democrats have this numerical majority—but that doesn’t mean the filibuster is likely to go away any time soon.

First, it is certain that no Republican would support the measure, a move that would give Democrats unrestrained control over passing legislation; this would leave Republican senators with no substantial influence in the upper chamber. Moreover, every single Republican voted in June against so much as opening debate on S.1. A change to the filibuster rules would make the passage of that legislation practically inevitable.

With no Republican support for the bill, the Democrats cannot spare a single vote if they are to change the rules. But this is exceedingly unlikely. Several prominent Democrats, including the president, have maintained that the filibuster should not be removed or substantially gutted.

“I’m supporting the filibuster. I’m gonna continue to support the filibuster. I think it defines who we are as a Senate,” he said, adding that while he would make it harder to get rid of it, he would support changing the rules to bring back the talking filibuster; the filibuster “should be painful if you wanna use it,” he argued.

A talking filibuster requires a Senator to speak constantly in order to block an end to debate. Sen. Rand Paul’s (R-Ky.) 13 hour-long speech on the Senate floor to oppose John Brennan’s appointment as CIA director in 2013 is one of the most famous talking filibusters in recent memory. Another example came in 2013 with Sen. Ted Cruz’s (R-Texas) filibuster of the Affordable Care Act, during which the senator read “Green Eggs and Ham” by Dr. Seuss. This option is popular with Manchin and the president because it raises the cost for a party to filibuster while keeping the rule in place as an option for the minority party to stop legislation that it finds especially unacceptable. This is likely the furthest that the Senate would go in reforming the filibuster.

But Manchin is not the only Democrat opposed to ending the filibuster. Sen. Kyrsten Sinema (D-Ariz.) took to “The View” to defend her support of the Senate rule. Sinema was accused of valuing the filibuster, which the host called “a relic of the Jim Crow Era,” more than voting rights. Sinema responded by saying that the filibuster was not good or bad itself but is simply a tool. “Its value,” she said, comes from “the way we utilize it.”

As an example, she pointed to Senate Democrats’ use of the filibuster to stop police reform legislation that “we felt was inadequate.” She commended the usefulness of the rule as well, saying that when either party is “in the minority … [they] use the filibuster a lot to force dialogue, bring people together, and make changes.” She called the filibuster a “tool … [for] protection for the minority.” With this attitude, it is unlikely that Sinema will radically reverse course and support ending or debilitating the filibuster.

Sen. Dianne Feinstein (D-Calif.) agrees. While other Democrats were saying that they would “choose democracy” over the filibuster in order to pass their election reform bill, Feinstein has been lukewarm about the situation. The long-serving Californian told Forbes that “If democracy were in jeopardy, I would want to protect it,” but that she “[doesn’t] see it being in jeopardy right now.” Feinstein said that she is not anxious to change the filibuster right away at least. She said that she wanted to “wait and see what happens” to the Democrats’ sweeping bill first; When asked whether she would support any reforms or changes, Feinstein responded that she would “have to take a look” but that “right now, nothing comes to my mind.”

The position toward the filibuster of these three moderates—Manchin, Sinema, and Feinstein—means that any major Democratic elections bill is unlikely to pass. The Democrats theoretically could still change or abolish the filibuster. But these reforms are unlikely to range beyond the “talking filibuster,” the only change with significant moderate support.

Still, even with such a change, S.1 likely would not pass given its unpopularity with Senate Republicans, who would almost certainly commit to a talking filibuster to kill the bill on the Senate floor. Unless some radical shifts take place in these moderates’ attitudes towards the Senate rule, Democratic hopes for a filibuster-less Senate are practically dead on arrival.