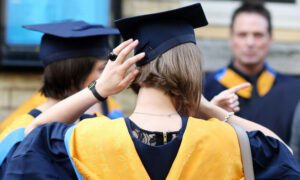 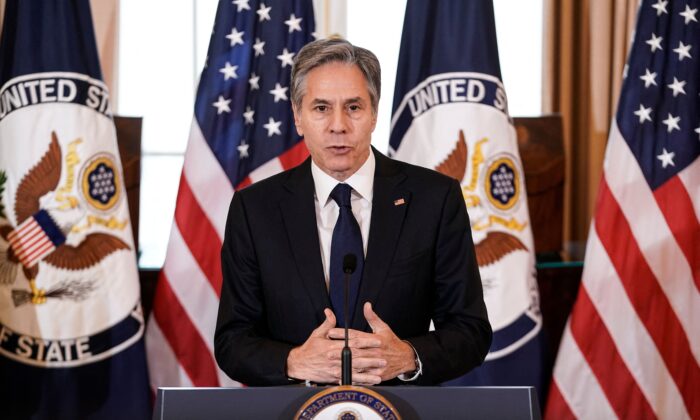 Secretary of State Antony Blinken delivers remarks on the release of the 2021 Trafficking in Persons (TIP) Report at the State Department in Washington, DC on July 1, 2021. (Ken Cedeno/POOL/AFP via Getty Images)
Education

A group of 24 Senate Democrats are calling on the U.S. Department of State to “do everything it can” to expedite the student visa process, so that international students may begin their studies in the United States before the new academic year begins.

In a letter (pdf) to Secretary of State Antony Blinken, the senators suggested that the department should increase staffing and work hours, maximize use of virtual interviews, and provide more flexibility in order to speed up clearing the backlog of student visa requests.

“We are at a critical point in the academic calendar when international students and scholars must make visa appointments and plan their travel to the United States,” the senators explained in the letter, adding that although some U.S. consulates are reopening from pandemic shutdowns, most of them are still operating at low capacity, and access to visa appointments are limited.

Applicants of student visas may have to wait weeks or even months for an appointment in person, depending on which agency is handling their requests. The website of the State Department shows that it takes a 10-day waiting period for an interview at the U.S. embassy in Seoul, South Korea, while the U.S. consulate in Vancouver, Canada, has a wait time of 73 days. Only emergency appointments are available at the U.S. Embassy in New Delhi, India.

“While we recognize that the COVID-19 pandemic remains a challenge, other competitor countries have issued clear guidance for international students, and we urge the State department to do everything it can to expeditiously process student visas.” the senators said.

While the international student enrollment in U.S. institutions has been dropping since 2016, the decline last year was particularly sharp due to the global spread of the CCP (Chinese Communist Party) virus, which causes COVID-19.

According to a report (pdf) released in March by U.S. Immigration and Customs Enforcement (ICE), there were 1.25 million active records of students on F-1 and M-1 visas during calendar year 2020, a nearly 18 percent decrease from the previous year. The Northeast, which was an early epicenter of the virus, saw the greatest decrease at 19.4 percent. California continued to host more international students than any other state.