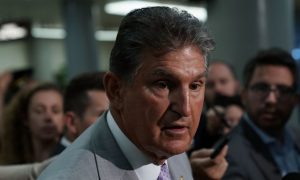 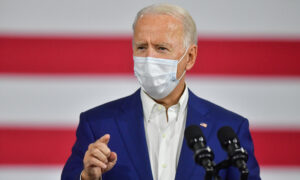 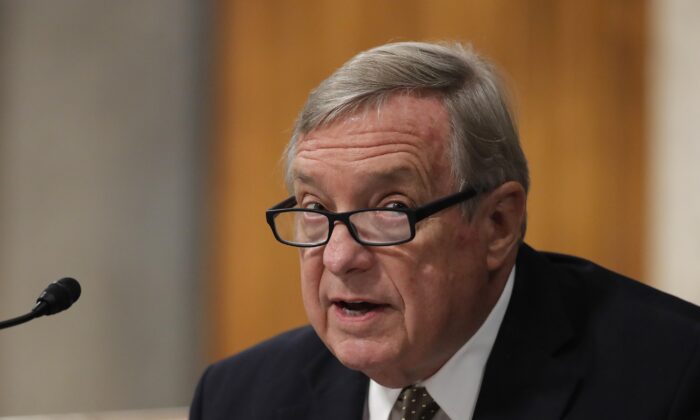 Democrats in the Senate said they oppose talk of adding seats to the Supreme Court if their party gains control of the chamber and eliminates the filibuster.

Passing legislation to add seats would normally require 60 votes but could be accomplished more easily if the Senate moves to eliminate the filibuster, shifting the requirement to a simple majority.

Some Democrats have said they support eliminating the filibuster if their party flips the Senate in the upcoming election.

Sen. Dianne Feinstein (D-Calif.), the ranking member on the Senate Judiciary Committee, told reporters in Washington on Tuesday, “I don’t believe in doing that, I think.”

“I think the filibuster serves a purpose. It is not often used, it’s often less used now than when I first came, and I think it’s part of the Senate that differentiates itself,” she added.

Sen. Dick Durbin (D-Ill.), the second most powerful Democrat in the upper congressional chamber, said he wouldn’t go on the record with whether he supports or opposes the notion of expanding the court, but told reporters he doesn’t think discussing the matter helps his party amid Senate Majority Leader Mitch McConnell’s (R-Ky.) push to consider President Donald Trump’s next Supreme Court nominee.

“You’ll notice it’s the arguments being used by Sen. McConnell on the floor now. We have all these threats of changes in the future if we go ahead with this filling this vacancy. I think we ought to focus on the nominee, that nominee’s beliefs, and what they’re likely to do on the court in the context of the Affordable Care Act,” Durbin said.

Sens. Jon Tester (D-Mont.), Doug Jones (D-Ala.), Marie Hirono (D-Hawaii), and Elizabeth Warren (D-Mass.) also said the focus should be on Trump’s nominee, not the proposal to pack the court, The Hill reported.

A number of congressional Democrats had called for expanding the number of seats on the court as a form of revenge for Senate Republicans electing to consider Trump’s nominee so close to an election.

If the vote goes through, “when Democrats control the Senate in the next Congress, we must abolish the filibuster and expand the Supreme Court,” Sen. Ed Markey (D-Mass.) wrote on Twitter.

And Rep. Joe Kennedy (D-Mass.) said Democrats should add seats to the court.

Others didn’t explicitly reference the plan but warned that no move would be considered unavailable if the GOP moves forward with Trump’s nomination.

White House press secretary Kayleigh McEnany criticized their positions during a briefing Tuesday, saying: “The president is elected to a 4-year term. You cannot unilaterally reduce it to 3 years. The president is the president. Democrats cannot win their argument on the merits. They cannot win on precedent. So they must search and destroy.”

McEnany noted that Ginsburg herself came out in opposition to adding seats during an interview last year.

Democratic presidential nominee Joe Biden refused to say this week whether he’d back the push to pack the court, using a similar argument that the Democrat senators did.

“It’s a legitimate question, but let me tell you why I’m not going answer that question, because it will shift all the focus,” which is what Trump wants, he said.