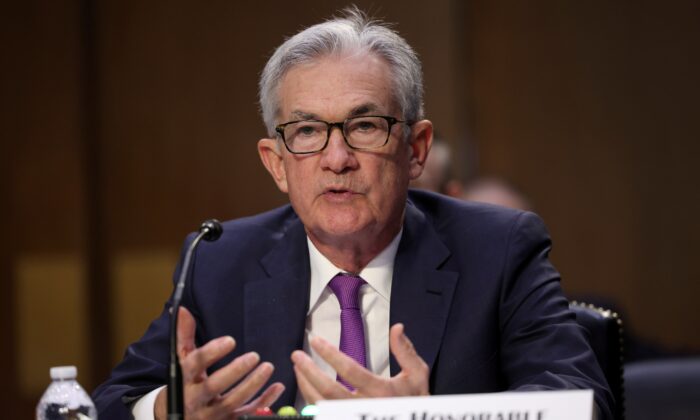 Jerome Powell, who President Joe Biden has picked to head the Federal Reserve for a second term, is facing criticism from Democrats in the Senate for his track record on climate change and bank deregulation.

Powell was originally nominated to the central bank’s board of governors under President Barack Obama in 2012. In 2018, President Donald Trump nominated Powell to head the Federal Reserve.

In a show of confidence for the Republican nominee, Biden has selected Powell to serve a second term in that capacity despite the president’s broad efforts to distance himself from his predecessor. Biden also chose Democrat Lael Brainard to be vice chair of the bank.

“I’m confident that Chair Powell and Dr. Brainard’s focus on keeping inflation low, prices stable, and delivering full employment will make our economy stronger than ever before,” Biden said of the nomination in a White House press release. “Together, they also share my deep belief that urgent action is needed to address the economic risks posed by climate change, and stay ahead of emerging risks in our financial system.”

But several Democrats are far less confident in the nominee.

“Jerome Powell refuses to recognize climate change as an urgent and systemic economic threat,” the duo said. “During his tenure, Chair Powell first ignored climate change and then resisted calls for the Fed to use its tools to fight it, arguing that climate change ‘is really an issue that is assigned to lots of other government agencies, not so much the Fed.’ At a hearing earlier this year, he said: ‘we are not and we don’t seek to be climate policymakers.’”

“Climate is not a long-term challenge for the Fed; it demands action now,” they continued.

“President Biden must appoint a Fed Chair who will ensure the Fed is fulfilling its mandate to safeguard our financial system and shares the Administration’s view that fighting climate change is the responsibility of every policymaker. That person is not Jerome Powell.”

In a September meeting of the Senate Banking Committee, Warren criticized Powell’s past moves to deregulate banks following the 2008 financial crisis.

The Massachusetts Democrat told Powell, “Your record gives me grave concerns. Over and over, you have acted to make our banking system less safe, and that makes you a dangerous man to head up the Fed, and it’s why I will oppose your renomination.”

“So far you’ve been lucky,” Warren told the Fed chair.

“But the 2008 crash shows what happens when the luck runs out,” she continued. “The seeds of the 2008 crash were planted years in advance by major regulators like the Federal Reserve that refused to rein in big banks. I came to Washington after the 2008 crash to make sure nothing like that would ever happen again.”

On Monday, Warren reiterated her opposition to Powell’s nomination. At the same time, the senator said that she would support Brainard’s nomination as vice chair, calling it “critically important” that the vacancy in the Federal Reserve board be filled.

While the president has not responded to these criticisms from the left wing of his party, he indicated in his original announcement that he endorses Powell’s approach to running the Fed.

“[Powell and Brainard have] advanced key priorities that the President shares, like addressing the financial risks posed by climate change, and staying ahead of emerging risks to our financial system,” the White House statement said. “Powell and Brainard share the Administration’s focus on ensuring that economic growth broadly benefits all workers.”

Biden remarked, “I have full confidence after their trial by fire over the last 20 months that Chair Powell and Dr. Brainard will provide the strong leadership our country needs.”

Other Democrats are on board with the nominee.

“Fed Chair Powell has led our economy through a historic pandemic. Under his & [Biden’s] leadership, unemployment has fallen and workers are gaining power. They’ll continue to steer our recovery in the right direction – toward an economy that empowers workers and their families.”

Powell also has won some committed support among the the GOP.

Sen. Mitt Romney (R-Utah) said in a tweet: “I will vote to reconfirm Jay Powell as [Federal Reserve] Chairman. I believe he’s a person of capability and integrity. While I disagree with some of the Fed’s prior policies, his recent comments give me hope that the Fed is ready to address the rising inflation we’re experiencing.”

Other centrist Republicans like Minority Leader Mitch McConnell (R-Ky.) are likely to vote for Powell’s renomination as well. But since many senators have not yet stated their intentions either way, it remains unclear whether Powell can win enough support in the Senate.