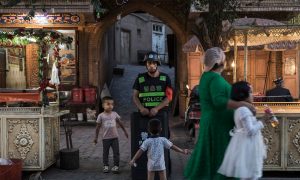 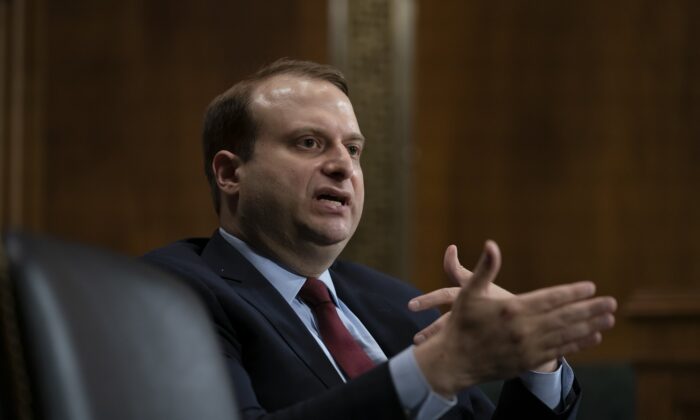 The Senate on Nov. 14 voted to confirm Trump nominee Steven Menashi to the 2nd Circuit Court of Appeals, despite intense opposition from Democrats and civil rights groups.

Menashi was confirmed by the Senate by a 51-41 vote, which was majority party-line except Sen. Susan Collins (R-Maine), who has fiercely opposed the 40-year-old’s nomination.

Ahead of the vote, Menashi was praised by Republicans who argued he was one of the Trump administration’s most qualified judicial nominees.

“Mr. Menashi won majority support from the Judiciary Committee on the basis of strong academic and legal qualifications—degrees from Dartmouth and Stanford, clerkships on the appellate level and the Supreme Court, and experience in both teaching and practicing law,” Senate Majority Leader Mitch McConnell (R-Ky.) said prior to the vote.

His nomination, however, had been criticized by Democrat lawmakers because of his past writings, including some in which he assailed “leftist multiculturism” and accused gay rights groups of exploiting the 1998 murder of gay student Matthew Shepard.

Menashi was also criticized by some lawmakers for his work on immigration with White House adviser Stephen Miller and at the Education Department, including on a policy that offered new guidance on investigating campus sexual assaults. Critics say the change allows schools to apply a tougher standard of evidence for sexual violence than other civil rights cases and violates Title IX, a federal law forbidding discrimination based on sex in education.

Today, the Senate will vote on the confirmation of Steve Menashi to serve on the Second Circuit Court of Appeals.

Let me be very clear:

His nomination is a disgrace to the seat once held by the great Justice Thurgood Marshall. pic.twitter.com/MpxKHwS6Yy

“Mr. Menashi is one of the most contemptible nominees to come before the Senate in all my time in this body,” Sen. Chuck Schumer, (D-N.Y.), told the Senate floor Thursday. “He would be a disgrace, a disgrace to the seat once held by the great Thurgood Marshall. Sitting before the Judiciary Committee, he refused to answer simple questions. He showed a breathtaking contempt for senators on both sides of the aisle. His record on race, women’s equality, LGBTQ rights and the rights of immigrants should be disqualifying.”

Menashi received bipartisan criticism during a Senate Judiciary Committee hearing in September for declining to answer questions about his work on immigration issues, including the “zero tolerance” policy, which temporarily separated children from parents while the latter were prosecuted for crossing the border illegally.

Dianne Feinstein (D-Calif.), called Menashi’s refusal to answer unprecedented, adding that “his attempts to hide his record raise serious questions about his fitness for the federal bench.”

“I really don’t understand the purpose of this hearing if the nominee before us cannot answer a basic question about his personal values,” added Sen. Dick Durbin (D-Ill.).

Menashi said he understood the senators’ frustration, but said he could not answer questions about his White House work, citing confidentiality concerns.