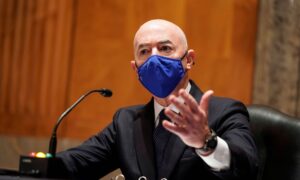 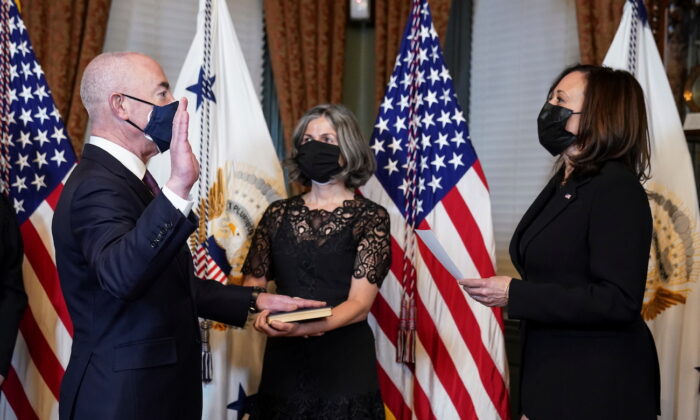 He was approved by the narrowest margin yet for a Biden Cabinet pick. In the days leading up to his confirmation, Mayorkas, 61, faced strong opposition from Republicans who voiced concerns that he is not fit for the role.

Mayorkas, the sixth of Biden’s Cabinet picks to receive confirmation by the Senate, becomes the first Latino and immigrant to lead the DHS. He previously served as the deputy secretary of DHS in the Obama administration, and as Director of U.S. Citizenship and Immigration Services (USCIS).

As secretary of the sprawling agency, Mayorkas will oversee a 240,000-employee department responsible for border security, immigration enforcement, cybersecurity and disaster readiness and relief, among other missions.

Mayorkas will also stand at the center of Biden’s attempts to reverse many Trump-era immigration restrictions. The Biden administration has been prompt in dismantling former President Donald Trump’s border security measures.

His confirmation comes days after Sen. Ted Cruz (R-Texas) called on his fellow Senate colleagues to oppose the move over Mayorkas’s apparent “disregard for the rule of law and embrace of China.”

Cruz shared a letter (pdf) on Twitter addressed to his Congressional colleagues, outlining what he has described as a “long list of ethical, legal, and policy failures” during Mayorkas’s public service tenure.

These failures, Cruz’s office said, include “abuses of power that provided special government favors to benefit well-connected Democrats, such as securing an EB-5 visa for a high-level official at Huawei, a global espionage operation of the Chinese Communist Party masquerading as a technology company.”

“Mr. Mayorkas has shown a repeated disregard for the rule of law,” Cruz alleges in his letter, pointing out an “extensive and damning” 2015 inspector general’s report on his prior actions during his position as USCIS director.

Cruz said the report “brought to light his improper actions as the Director of USCIS.”

The report examined how the 61-year-old intervened in the EB-5 visa program process in a questionable way for wealthy investors. It ultimately concluded that Mayorkas didn’t break any laws, but had created the appearance of “special access,” reported the Washington Post.

Cruz also highlighted that when Mayorkas was confirmed in 2013, he did not earn any Republican votes in the Senate.

“Frankly, his record should foreclose confirmation even to a lower post,” McConnell added.

Another Biden Cabinet pick that appears to face serious obstacles is former California Attorney General Xavier Becerra, who was nominated by the president on Dec. 7, 2020, for the position of secretary of the Department of Health and Human Services (HHS).

Senate Republicans have strongly voiced their opposition to Becerra’s confirmation due to his long-standing support for federal funding of abortion-on-demand, and for his lack of experience in the health care industry.

A confirmation hearing for Becerra hasn’t yet been scheduled. Sen. Mike Braun (R-Ind.) has encouraged Biden to withdraw the nomination.