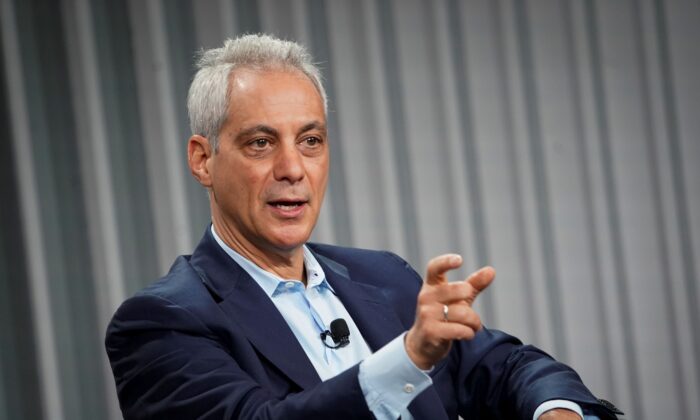 Supporters of his candidacy backed Emanuel for the Tokyo post because of his long record in public service at a time when Washington is looking to Asian allies like Japan to help check China’s regional ambitions.

Japan Times reported that Emanuel’s nomination is expected to be met with strong approval by Japanese officials, citing the former Chicago mayor’s close relationship with President Joe Biden as potentially providing a direct line to the White House.

Among the Republicans who voted to confirm Emanuel was former U.S. Ambassador to Japan Sen. Bill Hagerty (R-Tenn.), who took to Twitter to express his support.

“Congratulations to my successor and our next U.S. Ambassador to Japan,” Hagerty said in a statement, adding that “significant challenges in the Indo-Pacific and the need for the United States to demonstrate strength in the region” made filling the post, which had been vacant for over two years, a priority.

“Though our political backgrounds couldn’t be more different, Ambassador Emanuel shares my unwavering conviction that the U.S.-Japan relationship is the cornerstone of peace and prosperity in one of the most strategically important regions in the world,” Hagerty added.

Several progressive Democrats opposed Emanuel for any role in the administration, in part over the 2014 shooting of 17-year-old Laquan McDonald by Chicago police officer Jason Van Dyke while Emanuel was mayor.

Rep. Cori Bush (D-Mo.) said in a Nov. 5 tweet that Emanuel should “never again serve in public office after he covered up the police’s murder of Laquan McDonald,” posting the message days after Sen. Merkley, one of the Senators who ended up voting no on Saturday, posted that he could not “in good conscience support his nomination.”

Emanuel’s handling of the case while serving as Chicago’s mayor was criticized, especially because a video showing the shooting was not released for over a year.

Van Dyke was convicted of second-degree murder and jailed for nearly seven years and four Chicago police officers were fired over McDonald’s death.

At his confirmation hearing in October, Emanuel said he often thought about McDonald’s death and that, as mayor, he was responsible and accountable.

Besides Emanuel’s confirmation, the Senate advanced dozens of other Biden administration nominees, including envoys to Ireland, Sweden, and Switzerland.