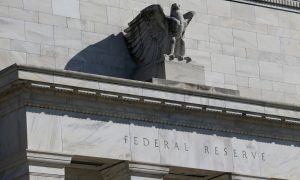 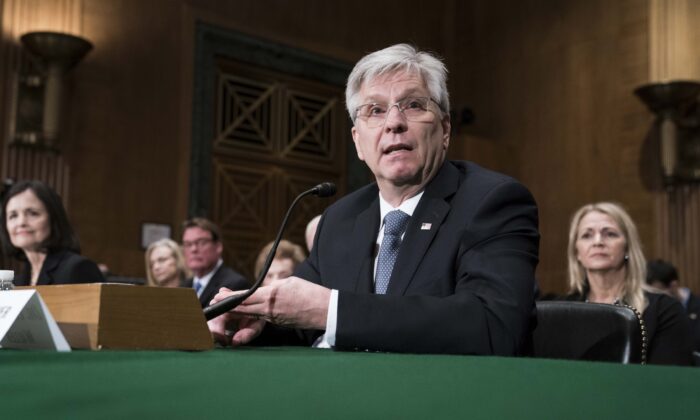 Christopher Waller testifies before the Senate Banking, Housing and Urban Affairs Committee during a hearing on their nomination to be member-designate on the Federal Reserve Board of Governors in Washington on Feb. 13, 2020. (Sarah Silbiger/Getty Images)
Politics

Senate Confirms Christopher Waller to Serve on Fed’s Board

WASHINGTON—The Senate on Thursday narrowly confirmed the nomination of Christopher Waller for the Federal Reserve’s Board of Governors, placing another of President Donald Trump’s picks on the Fed’s influential board after a string of high-profile rejections.

The vote in favor of Waller was 48-47. Waller, research director at the Federal Reserve Bank of St. Louis, taught economics for nearly 25 years before joining the St. Louis Fed in 2009. He has endured far less scrutiny than Judy Shelton, the controversial nominee he was paired with and who was voted down in the Senate last month.

Still, all Democratic senators voted against his nomination, making it an unusually close vote to confirm a Fed governor. Fed officials typically seek to remain above partisan politics. Waller had won some Democratic votes when the Senate Banking Committee approved his nomination in July.

In contrast to Shelton, Waller is a conventional respected figure among economists. As an executive vice president of the St. Louis Fed, he has attended dozens of meetings of the Fed’s interest rate-setting policy committee, of which he will now become a voting member. His research has focused on how the Fed’s communications affect financial markets and on the benefits of an independent central bank. His term on the board will last through January 2030.

Waller is a top aide to James Bullard, the president of the the St. Louis Fed, who is a well-known “dove.” Doves are policymakers who generally favor lower interest rates to help boost job growth and who tend to worry less about the risk of inflation. Those who concern themselves more with the threat of inflation, by contrast, are referred to as “hawks.”

Carl Tannenbaum, chief economist at Chicago-based Northern Trust, and a former Fed economist, suggested that Waller’s economic tilt won’t likely make much difference to the central bank’s policymaking “because the Fed is almost as dovish as they can be.”

In contrast to Waller’s conventional background, Shelton’s past support for the gold standard, which involves tying the dollar’s value to gold, generated vociferous opposition from Democrats and discomfort among some Republicans. She was voted out of the Senate Banking Committee on a party-line vote in July only for her nomination to languish until after the presidential election.

Shelton also came under fire for appearing to change her views on interest rates to suit the political circumstances. She opposed the Fed’s policy of pinning its benchmark interest rate at nearly zero when Barack Obama was president, only to support ultra-low rates after Trump’s election. Her nomination failed on a 47-50 vote. Sens. Mitt Romney (R-Utah) and Susan Collins (R-Maine), voted against Shelton.

With Waller’s confirmation by the Senate, four of the Fed’s six governors have now been chosen by Trump. In addition, Jerome Powell was elevated to his chairmanship by Trump. The only Democrat on the board of governors is Lael Brainard.

Trump’s two previous picks for the Fed’s board, Stephen Moore and Herman Cain, ran into so much opposition that they withdrew from consideration before their nominations came before the Senate.