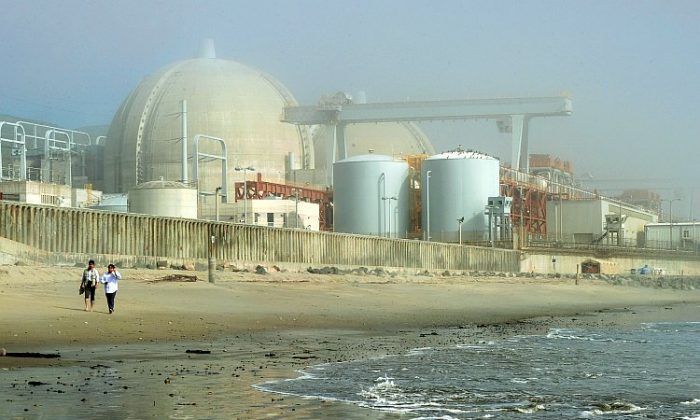 The San Onofre Nuclear Power Plant in north San Diego County, which provides much of Southern California its power, is seen in this March 2011 photo. California Sen. Barbara Boxer expressed concern over the plant's safety at a Senate committee hearing this week. (Mark Ralston/AFP/Getty Images)
US

A year after the catastrophic meltdown of the Fukishima nuclear reactors in Japan, the U.S. Senate is questioning the level of safety in the nuclear industry in the United States, raising concerns that recommendations made to the nation’s nuclear industry post-Fukishima are not happening fast enough.

Following the devastating, tsunami-induced damage to the Fukushima Daiichi Nuclear Power Plant, members of the Senate’s Environment and Public Works Committee requested the U.S. Nuclear Regulatory Commission (NRC) to examine how nuclear plants in the United States could be protected from such an event. The committee requested for the recommendations to be made and implemented within five years.

In its sixth meeting on the issue, held on Thursday, the committee said new safety procedures were critical, but timelines have blown out.

Boxer (D-Calif.) also raised concerns about a nuclear reactor in her state, the San Onofre nuclear plant in southern California. The reactor recently developed “deterioration” in a tube carrying radioactive water, a situation that the senator believes could lead to the release of radioactive material into the atmosphere.

“I have got 9 million people currently living within 50 miles of that plant,” Boxer told the hearing, emphasizing that it was critical to address the safety concerns.

The United States is the world’s largest producer of nuclear power, accounting for 30 percent of global nuclear energy output, according to the World Nuclear Association.

There are presently 104 nuclear reactors operating in America, and many of those are over 30 years old and located near the sea or in seismic areas. Of these reactors, 35 are boiling water reactors, similar to the General Electric reactors used at Fukushima.

In July, the NRC released 12 recommendations aimed at preventing or reducing the impact of a Fukushima-type event in the United States.

On March 12, the commission issued three specific orders for high-priority safety improvements in U.S. nuclear reactors: ensure adequate safety equipment in the event of a crisis, better monitor conditions in spent fuel pools, and improve or install venting systems in the 35 boiling water reactors in the nation.

The NRC also directed nuclear power plants to re-analyze earthquake and flood risk, and to put in place contingencies in the event of prolonged loss of power or emergencies at more than one reactor.

NRC Chairman Gregory Jaczko said the commission is aware of the need for speed, but the process has been challenging. Some of the recommendations required analysis and changes that were technically complex. The delays were more due to personnel constraints than economy, he said, noting that much of the work required skill sets that were not readily available.

Mitigation against seismic effects was an area they had not paid enough attention to in the past, he added, particularly in upgrading reactors in central United States, in areas that the U.S. Geological Survey recently indicated could be at risk for seismic activity.

Despite those challenges, Jaczko said he did not believe the reactors were unsafe, and by prioritizing, the commission could address immediate concerns.

Committee member Sen. Bernie Sanders (I-Vt.)expressed concern that safety was not being treated seriously enough. “With regard to nuclear power, 99.9 percent safe is not good enough,” he asserted.

Sanders said that he had called for a moratorium on license renewals until NRC reforms were implemented and questioned why federal regulators had extended the operating license for the aging Vermont Yankee nuclear plant in his state—within days of Fukushima.

Sen. John Barrasso (R-Wyo.) noted that nuclear expert David Lochbaum had just released a report for the Union of Concerned Scientists, which questioned the NRC’s approach to safety following Fukushima. The report accused the NRC of taking a soft approach, focusing less on substantial safety initiatives and more on cheaper options like pumps and generators.

In response, NRC Commissioner George Apostolakis said he respected Lochbaum but did not agree with his findings. The commissioner believes the NRC has been taking the right approach.

NRC Commissioner William Magwood concurred that the NRC has been working effectively, saying, “United States’ nuclear plants are safe; we are quite confident about that.”

Boxer, however, warned of being over-confident, noting that was exactly what the Japanese had said prior to Fukushima.

“We need to be cautious,” Boxer said. “I think the answer is that we are doing everything we can to ensure they are safe.”