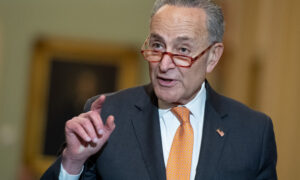 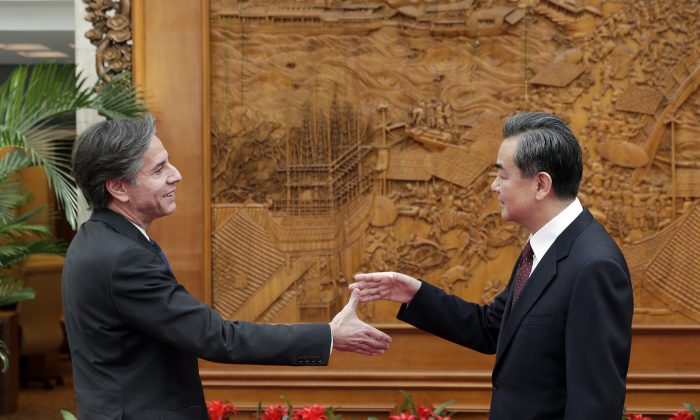 The Senate Committee on Foreign Relations scheduled a hearing for Jan. 19 for the confirmation of Antony Blinken, President-elect Joe Biden’s nominee for secretary of state. The hearing will take place one day prior to the inauguration on Jan. 20.

Blinken served as the Democratic staff director for the committee from 2002 to 2008. From 2009 to 2013, he served in the Obama administration as the deputy assistant to the president and national security adviser to the vice president.

The first hearing in the confirmation process usually consists of introductions from people who know the nominee, a statement from Blinken himself, and remarks from committee members.

Once the confirmation process advances to the questioning phase, Blinken is likely to face inquiries about his role with WestExec, an advisory firm he founded after his tenure in the Obama administration.

WestExec recently deleted a portion of its website that advertised the company’s work in helping American universities solicit donations from China without compromising their Department of Defense research grants.

One of the deleted sentences stated, “WestExec can advise on strategies to screen foreign research partners and donors, reduce risk associated with operations in China and … navigate these issues with the Defense Department.”

A spokeswoman for WestExec told the Washington Free Beacon that the firm “previously offered a service targeted to U.S. research universities to help them avoid inadvertently becoming involved with the Chinese government.”

The firm still lists “managing China-related risk in an era of strategic competition” as one of the services it provides.

WestExec said it helped “a major U.S. manufacturing firm” to “continue to provide capability to and remain a trusted partner of the [U.S. government] while pursuing commercial activities in China.” The firm said it “advised on a communications strategy for engagements with U.S. national security officials.”

In 2017, the year he co-founded WestExec, Blinken wrote an op-ed for The New York Times titled “Trump Is Ceding Global Leadership to China.” The editorial glorified Xi Jinping and derided President Donald Trump.

WestExec hasn’t disclosed its clients to the Senate, and at least one senator has indicated that may become a roadblock for the confirmations of Blinken and Haines.

“The Senate is not obligated to confirm anyone who hides this information,” Sen. John Cornyn (R-Texas) wrote on Twitter on Nov. 29, 2020.

Sen. Marco Rubio (R-Fla.) wrote on Twitter on Nov. 30, 2020, “America will not be stronger or safer if its foreign policy & national security agencies are led by people who just finished getting paid to help American companies do business with the Communist Party of China.”

Democrats will likely control the Senate by the time a confirmation vote is held. Currently, Vice President Mike Pence holds the tiebreaking vote with Democrats and Republicans splitting the Senate seats 50–50.

Three Republican senators sought documents on Blinken in 2019 in connection to Hunter Biden’s work for Ukrainian gas giant Burisma. Hunter Biden, Joe Biden’s son, held a paid position on the board of Burisma when his father served as the vice president and the Obama administration’s point man on Ukraine.

Not long after joining the board of Burisma in 2015, Hunter Biden contacted Blinken for “advice on a couple of things,” according to the senators. Blinken replied “absolutely,” but the meeting appears not to have taken place as scheduled, according to emails obtained by Fox News.

On Feb. 4, 2016, Ukraine’s top prosecutor seized the assets of Burisma owner Mykola Zlochevsky. On the same day, Hunter Biden followed Blinken on Twitter. The action may have been a signal that Blinken and Biden got in contact with each other, according to Sen. Chuck Grassley (R-Iowa), one of the three senators who requested documents on Blinken in 2019.

Joe Biden has bragged publicly about forcing the ouster of Ukraine’s top prosecutor by threatening to withhold $1 billion in loan guarantees from the struggling nation. The prosecutor, Viktor Shokin, has said in a sworn affidavit that he was fired after refusing to drop the Burisma investigation.