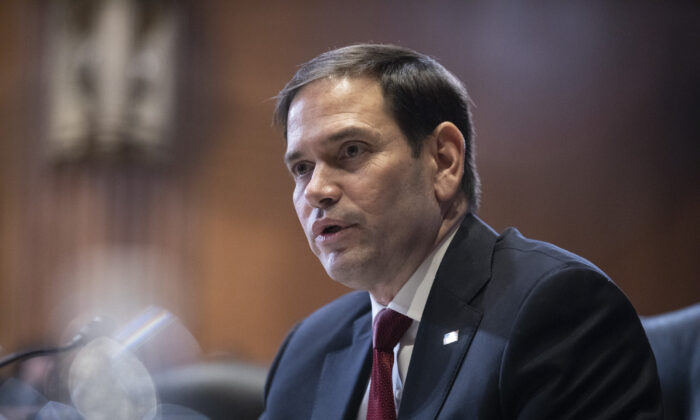 A U.S. Senate committee has recommended that the nation’s intelligence agencies undergo reform in order to better counter U.S. adversaries.

The Senate Select Committee on Intelligence issued its redacted report (pdf) on Sept. 20. The document was based on two years of independent and nonpartisan research into foreign intelligence threats facing the nation.

“Foreign adversarial governments, including the People’s Republic of China, are now targeting all sectors of U.S. society,” Rubio said, using the official name of communist China. “This Committee aims to ensure that the American public, industry, and academia are aware of this, and also to ensure that the Intelligence Community has the authorities and resources necessary to effectively confront these new counterintelligence threats.”

The report detailed two years of investigation intended to assess the mission, duties, authorities, resources, and structure of the National Counterintelligence and Security Center (NCSC). The NCSC is part of the Office of the Director of National Intelligence, which provides counterintelligence support to the U.S. Intelligence Community, the federal government, and private entities.

Among the report’s conclusions was that U.S. spy agencies were frequently impeded in their efforts to conduct counterintelligence because of miscommunications, funding issues, and a failure to coordinate between agencies.

The report states that the NCSC wasn’t postured to effectively confront the whole-of-society threats now being faced. It notes that there needs to be better clarification on the NCSC’s mission, structure, and responsibilities.

The report also recommends that a new government-wide definition of counterintelligence needs to be developed in order to better position and respond to the modern threat landscape, cyberattacks, and influence operations targeting Americans.

Committee Chair Sen. Mark Warner (D-Va.) said sweeping changes would need to be made to the nation’s counterintelligence posture if it’s going to successfully combat the threat.

“The United States faces a dramatically different threat landscape today than it did just a couple of decades ago,” Warner said. “New threats and new technology mean that we have to make substantial adjustments to our counterintelligence posture if we are going to protect our country’s national and economic security.”

The committee’s report follows a contentious year in Sino–U.S. relations. The Department of Justice previously linked Chinese communist intelligence agencies to plots to spy on, harass, intimidate, and even attack U.S. citizens critical of the regime.

Despite the continued pressure from China’s ruling communist regime, the Biden administration terminated the Justice Department’s anti-espionage China Initiative in February and hasn’t replaced it with a new program.