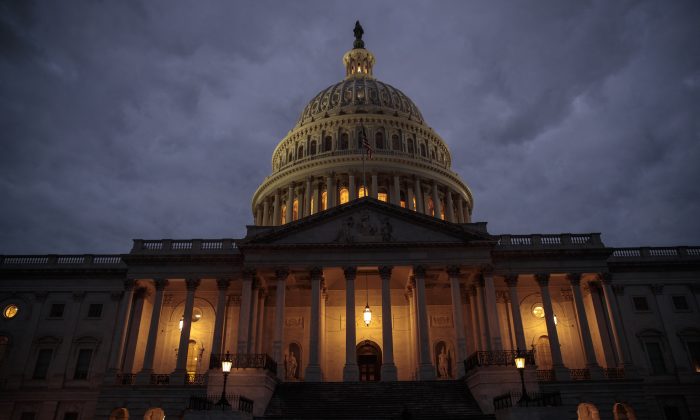 The U.S. Senate has approved legislation to temporarily fund the government and avoid a partial shutdown after several months of stalled negotiations. The bill was delayed after Democrats refused to provide funding for President Donald Trump’s southern border wall.

Senators passed the measure by voice vote at around 10 p.m. on Dec. 19. The bill now goes to the House of Representatives and finally the president.

Congress has a Dec. 21 deadline to pass the bill otherwise funding for part of the federal government’s operational expenditure will expire. If passed, the seven-week spending bill will allow several key federal government departments to keep operating until Feb. 8, averting a partial shutdown.

Trump has not yet said he will support the measure as it does not include any funding for the U.S.-Mexican border wall.

Trump has asked for $5 billion in funding to build the wall—an equivalent payment of $32 for each working American.

In its current form, the bill only provides $1.6 billion in funding to pay for border security and other agencies at current service levels through to Feb. 8.

Without a resolution, more than 800,000 federal employees could be furloughed or ordered to work without pay.

Voting was pushed back to late Dec. 19 after an earlier version of the bill failed to gain support from the Democrats.

“I’m sorry that my Democratic colleagues couldn’t put the partisanship aside and show the same good-faith flexibility that the president has shown in order to provide the resources our nation needs to secure the integrity of our borders as well as the safety of American families,” Senate Majority Leader Mitch McConnell (R-Ky.) said on Dec. 19 after Democrats turned down the initial proposal. “This seems to be the reality of our political moment.”

House Democratic Leader Nancy Pelosi (Calif.) had said the Democrats “cannot accept the offer they made of a billion dollar slush fund for the president to implement his very wrong immigration policies, so that won’t happen.”

After obstruction by the Democrats, Trump suggested again that he may consider using the U.S. military to build the wall along the southern border.

“Because of the tremendous dangers at the border, including large scale criminal and drug inflow, the United States Military will build the Wall!” Trump said in a Dec. 19 post to Twitter.

In our Country, so much money has been poured down the drain, for so many years, but when it comes to Border Security and the Military, the Democrats fight to the death. We won on the Military, which is being completely rebuilt. One way or the other, we will win on the Wall!

Mexico is paying (indirectly) for the Wall through the new USMCA, the replacement for NAFTA! Far more money coming to the U.S. Because of the tremendous dangers at the Border, including large scale criminal and drug inflow, the United States Military will build the Wall!

The Pentagon has backed Trump, acknowledging there is a legal option to use military funds for border barriers, while also saying there is no plan in place to do so.