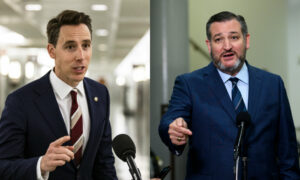 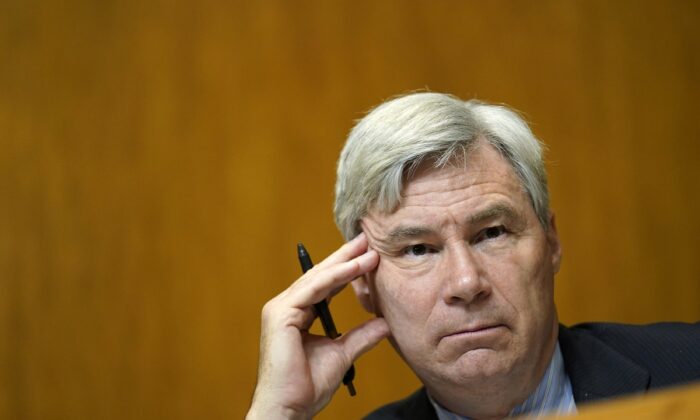 Sen. Sheldon Whitehouse (D-R.I.) in a recent interview apologized for an alleged “whites only” policy at a beach club that he and his wife have reportedly been members of for decades.

A reporter with the site asked Whitehouse in 2017 whether he would pressure the club to change the alleged policy. “I will take that up privately,” Whitehouse said at the time.

Another reporter with GoLocal asked the senator last week, in an interview posted Monday, whether the club has yet admitted anybody who is not white.

“I think the people who are running the place are still working on that and I’m sorry it hasn’t happened yet,” Whitehouse said.

Posed with the question of whether such clubs should continue to exist, he added, “It’s a long tradition in Rhode Island and there are many of them and I think we just need to work our way through the issues.”

A woman who answered the phone at the club on Tuesday said no one was available to answer questions. She declined to take a message.

Whitehouse told reporters on Monday that the local news reports “got the facts wrong.”

“The club informs me that it does in fact have diversity in membership,” he alleged, adding that he is no longer a member.

Richard Davidson, a spokesman for Whitehouse, told The Epoch Times in an email that the club does accept non-white members.

“The club has had and has members of color,” he wrote, adding, “The Senator has dedicated his entire career to promoting equity and protecting civil rights, as his record shows.”

Spouting Rock has no details on its website, apart from its address, a phone number, and a member login portal.

A recent job listing describes the venue as “an exclusive private beach club in Newport, Rhode Island” that offers members and guests meals, bars, a swimming pool, tennis courts, and nearly a quarter-mile of private beachfront.

The club is open from June through September.