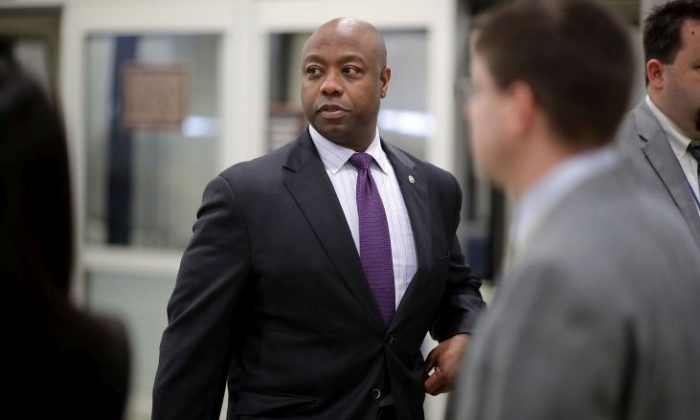 Scott, a South Carolina conservative, noted the racist messages he had received since announcing his support for Sessions. He spoke of his personal experiences in introducing the Alabama Republican to African-American pastors at a racial forum in Charleston.

And he read the statements of black Alabama Democrats vouching for Sessions, who as attorney general will be the nation’s top law enforcement official.

Scott said the South is still working through racial differences and said “Jeff Sessions has earned my support and I will hold him accountable if and when we disagree.”

Scott read messages in which he was called an “Uncle Tom” — and worse — and said that “as I read through some of the comments of my friends on the left, you will wonder if I ever had an experience as a black person in America.”

“I just wish that my friends who call themselves liberals would want tolerance for all Americans.”

Scott speaks on the floor less often than many senators, but has previously given a series of speeches on race, including one last summer recalling his numerous experiences getting pulled over by police, often simply for driving a late-model car in “the wrong neighborhood.”

He said liberals are quick to jump to conclusions about the actions and motives of others when it comes to matters of race.

“Too often, too many — particularly on the right — are found guilty until proven innocent on issues of race, issues of fairness,” said Scott, one of three African-Americans in the Senate. “I just wish that my friends who call themselves liberals would want tolerance for all Americans.”

The other African Americans in the Senate are Democrats Cory Booker of New Jersey and Kamala Harris of California.