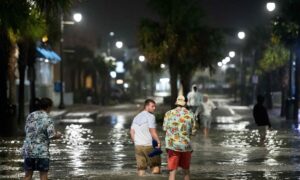 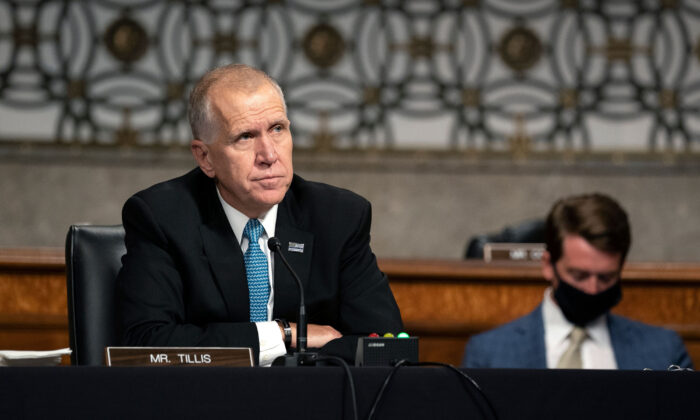 “The voters have spoken and I respect their decision,” he said. “While the results of this election suggest there remain deep political divisions in our state and nation, the more complete story of our country lies in what unites us: our faith and sense of confidence in our democracy, our civic values and common humanity, our shared aspiration to care for one another, and our belief that we live in a country that does exceptional things,” his statement said.

Tillis, in a statement on Twitter last week, claimed victory over Cunningham.

“Thank you for this historic victory, North Carolina! Looking forward to SIX MORE YEARS of fighting for you and your family in the U.S. Senate,” he wrote in the statement.

Cunningham’s campaign has not responded to a request for comment.

“The State Board of Elections is continuing to count ballots, and we plan to allow that process to be carried out, so every voter can have their voice heard,” read a statement from the Cunningham campaign following Tillis’ claims.

In the last weeks of the campaign, a personal scandal bogged down Cunningham. Text messages from a woman whom Cunningham acknowledged he had an affair with were released to the press last month.

Tillis argued that Cunningham, due to his infidelity, couldn’t be trusted.

“The scandal itself shows that Cunningham lacks the judgment and character necessary to be a United States Senator, but his inability to apologize and fully account for his transgressions makes them even worse,” Tillis campaign manager Luke Blanchat said in a statement last month.

The North Carolina Democratic Party on Monday, however, said there are still thousands of votes that need to be counted in the Tarheel State.

“Our team is helping cure absentee & provisional ballots—and we need your help. There are thousands of outstanding votes to be cast—and these could be the difference in determining crucial elections,” the North Carolina Democratic Party wrote in a post on Twitter.

A number of news outlets have projected Democratic Gov. Roy Cooper the winner of North Carolina and have projected that Republican Mark Robinson would become the state’s lieutenant governor.