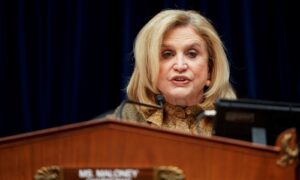 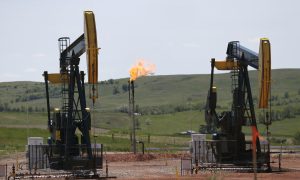 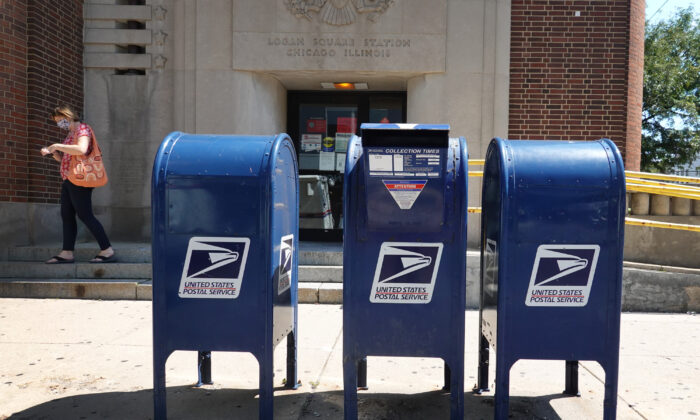 Sen. Jon Tester (D-Mont.) this week wrote to the head of the U.S. Postal Service, demanding answers on reports of removed mailboxes.

“I write today regarding reports of United States Postal Service (USPS) collection boxes being removed from numerous communities in Montana,” Tester wrote in a letter to Postmaster General Louis DeJoy. “If true, this seems to be occurring without any transparency or communication with impacted Montanans.”

Tester asked for specific numbers, including the number of removed collection boxes and the rationale for removing the boxes.

In an emailed statement, USPS spokeswoman Kimberly Frum told The Epoch Times that, for decades, the installation and removal of mail boxes has been based on mail volume received in the boxes.

“It is a fluid process and figures can vary from day-to-day. Historically, mail boxes have been removed for lack of use and installed in growth areas,” she said, adding later: “When a collection box consistently receives very small amounts of mail for months on end, it costs the Postal Service money in fuel and workhours for letter carriers to drive to the mailbox and collect the mail. Removing the box is simply good business sense in that respect.”

The service has in recent years placed a greater emphasis on relocating boxes that aren’t used much to high-traffic areas such as shopping centers and grocery stores.

There are nearly 142,000 collection boxes on the streets of America.

Tester’s letter is one of a flurry of messages congressional Democrats have sent in recent weeks to DeJoy as they battle his reform of the USPS.

DeJoy, a businessman and a donor to President Donald Trump, was tabbed for the post in May.

In a meeting with the USPS Board of Governors last week, he emphasized that he was appointed to try to fix the perennially in-the-red agency.

“I intend to work with postal executives, management associations, managers, union leadership, and our craft employees to do everything I can to put us back on a financially stable path,” he said.

All 48 Democrat senators wrote to DeJoy on Wednesday, accusing him of “implementing policy changes that will increase the cost for timely delivery of election mail” and urging him to refrain from taking any action “that makes it harder and more expensive to vote.”

Acting House Oversight Chairwoman Carolyn Maloney (D-N.Y.) unveiled a bill this week that would bar DeJoy from making any changes until the COVID-19 pandemic ends.

An unprecedented push to have voters cast their ballots by mail is underway across the nation in the midst of the COVID-19 pandemic, led by Democrats. Many Republicans, including Trump, have warned about the negative effects of the push, pointing to the botched Democratic primary election in New York City.

At the board meeting, the postmaster general said that he and the USPS “are fully committed to fulfilling [their] role in the electoral process.”

“We are not slowing down election mail or any other mail,” he added.

The USPS’s “financial position is dire,” DeJoy told the board, blaming a sharp decline in the amount of mail sent in recent months, a broken business model, and an inadequate management strategy.

The Trump administration finalized conditions to give the service a loan of up to $10 billion, as part of the CARES Act, but that loan merely postpones an impending liquidity crisis, the USPS said in a statement on its third-quarter fiscal results. The USPS saw a net loss of $2.2 billion in the quarter.

Democrats want to give $25 billion in emergency funding to the postal service in the next stimulus bill, which is on hold amid stalled negotiations.

In a briefing on Friday, Trump said he would agree to the funding if lawmakers across the aisle made compromises on what they want.

“Sure, if they give us what we want,” Trump told reporters in Washington.

Trump has said previously that he prefers the USPS raise its prices and become more competitive before he authorizes more funding.

DeJoy is scheduled to testify before the House Committee on Oversight and Reform on Sept. 17.