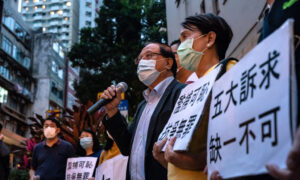 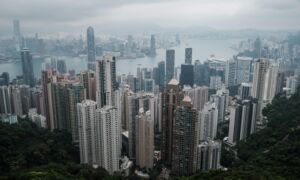 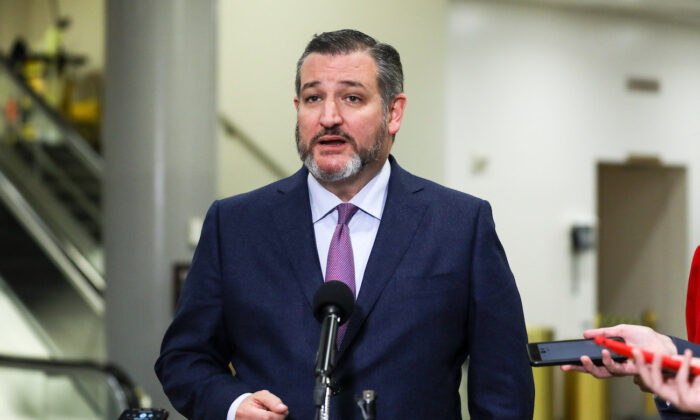 Sen. Ted Cruz (R-Texas) speaks to media in the Capitol in Washington on Jan. 28, 2020. (Charlotte Cuthbertson/The Epoch Times)
US News

Sen. Ted Cruz (R-Texas) on Thursday condemned the Chinese Communist Party (CCP) following its announcement of plans to impose a sweeping new “national security” law on the former British colony of Hong Kong. The senator also called on U.S. allies to “hold the line” against the spread of the CCP.

The CCP’s figurehead legislature, the National People’s Congress (NPC), announced late Thursday that it would propose a national security law for “establishing a legal system and enforcement mechanism to defend national security” in Hong Kong. The bill is expected to pass, given the NPC’s role as a ceremonial rubber-stamp that approves directives from the CCP, and the pro-Beijing stance of the city’s chief executive officer Carrie Lam, who will need to issue a legal notice in the Government Gazette before the central government’s law can be put into effect.

“The Chinese Communist Party is fast moving to end what is left of Hong Kong’s autonomy, stripping away essential freedoms from Hong Kong’s people,” Cruz said in a statement, calling the CCP’s latest move an “escalation” to “deepen their control over Hong Kong.”

“This is unacceptable and will require a reevaluation of U.S. policy if it is not immediately reversed,” he added.

“‘Now the U.S. must stand strong with our allies and hold the line against the spread of communism,” he wrote.

I’ve long said that Hong Kong is the new Berlin, and the United States must stand strong with our allies and hold the line against the spread of the Chinese Communist Party.

Chinese Premier Li Keqiang said on Friday in his annual report to the NPC that the CCP is moving to establish a “sound” legal system for the CCP to enforcement mechanisms to “safeguard” its “national security” in the Hong Kong Special Administrative Region.

The law aim to ban “secession, sedition, terrorism, and any interfering activities by foreign countries and outside influences” that the PRC sees as a challenge to its one-party governing.

Critics say such a law would further threaten Hong Kong’s autonomy and allow the CCP to target dissident voices under the guise of safeguarding China’s “national security.”

According to the draft legislation, the law will safeguard the central government’s “overall jurisdiction” as well as Hong Kong’s “high autonomy.”

President Donald Trump said on Thursday that the United States would react strongly if the Chinese regime follows through on its plans to impose such a law on Hong Kong.

“If it happens, we’ll address that issue very strongly,” Trump told reporters on Thursday before leaving the White House.

“Beijing’s announcement of yet another attempt to bring an end to the ‘one country, two systems’ framework in #HongKong is deeply alarming.” Pelosi wrote. “Attempting to circumvent the HK legislature shows a complete disrespect for the rule of law.”

Beijing’s announcement of yet another attempt to bring an end to the “one country, two systems” framework in #HongKong is deeply alarming. Attempting to circumvent the HK legislature shows a complete disrespect for the rule of law.

Two U.S. senators Pat Toomey (R-Pa.) and Chris Van Hollen (D-Md.), just hours upon news of China’s proposal, introduced a bipartisan bill called the “Hong Kong Autonomy Act” that seeks to sanction Chinese officials or entities complicit in the Chinese regime’s “brazen interference” in the Hong Kong. The legislation would also penalize banks that do business with such officials or entities.

“Examples [of such entities] may include a police unit cracking down on Hong Kong protestors or Chinese Communist Party officials responsible for imposing a ‘national security’ law on Hong Kong,” they wrote.

Hong Kong was handed back from British colonial rule to Chinese sovereignty in 1997 with the express guarantee under the Sino-British Joint Declaration that the city’s high degree of autonomy and essential freedoms would be preserved under the principle of “one country, two systems” until 2047.

Under the Hong Kong Human Rights and Democracy Act, signed into law last year, the U.S. State Department is required to annually determine whether Hong Kong has retained sufficient political autonomy from China to preserve its special trading privileges currently afforded to it by the United States. The legislation also enables sanctions against Chinese and Hong Kong officials responsible for gross human rights violations in Hong Kong.

State Department spokesperson Morgan Ortagus on Thursday urged Beijing to “honor its commitments and obligations in the Sino-British Joint Declaration.”

“Any effort to impose national security legislation that does not reflect the will of the people of Hong Kong would be highly destabilizing, and would be met with strong condemnation from the United States and the international community,” she told The Epoch Times in an email.

The State Department has said it delayed issuing an annual report on Hong Kong’s autonomy, to account for any further actions from Beijing during the NPC.

Large-scale pro-democracy and anti-CCP protests erupted in June last year in Hong Kong over a since-scrapped extradition bill, after locals feared the bill would threaten the city’s judicial autonomy. In recent months, the protests have quieted down due to the pandemic.

Former U.S. ambassador to the United Nations, Nikki Haley, remarked that the CCP has used the CCP virus pandemic as an opportunity to crack down on dissidents.

“No surprise that while countries are focused on a virus spread by China’s carelessness, the Chinese Communist Party moves forward with its strategic plan by passing a law that tackles the political dissent that erupted on Hong Kong’s streets last year,” she wrote on Twitter.

No surprise that while countries are focused on a virus spread by China’s carelessness, the Chinese Communist Party moves forward with its strategic plan by passing a law that tackles the political dissent that erupted on Hong Kong’s streets last year. #StandWithHongKong https://t.co/XluNFMQ917

Eva Fu, Frank Fang, and Reuters contributed to this report.