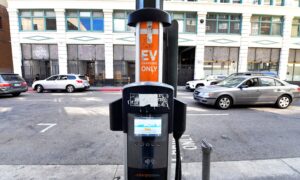 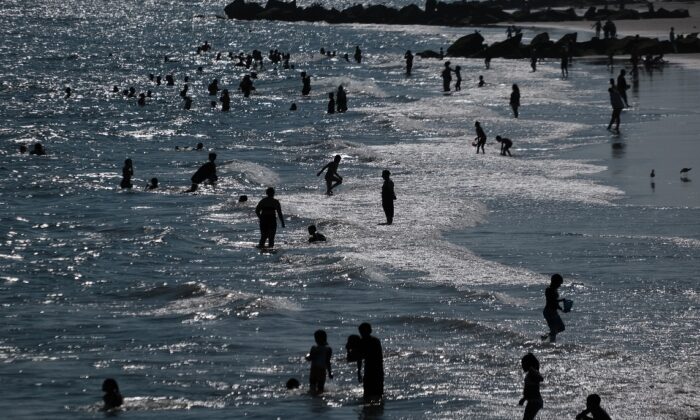 With a heat advisory in effect, people cool off at Coney Island beach in Brooklyn in New York City on June 28, 2021. (Spencer Platt/Getty Images)
US News

Sen. Bernie Sanders (I-Vt.) asserted in a tweet that last month was the hottest “in the history of the planet,” which he said should motivate people to do all they can to address climate change.

While Sanders’s claim is false, it hasn’t received pushback in the media, which two commentators suggest may partly be the result of a general ignorance about the Earth’s temperature record.

On Aug. 13, soon after the National Oceanic and Atmospheric Administration (NOAA) reported that July was “Earth’s hottest on record,” Sanders wrote in a tweet: “July was the hottest month in recorded history. I will say that again — we just experienced the hottest month EVER in the history of the planet.”

In response to a request for comment, a spokesperson for Sanders sent articles from The New York Times, The Associated Press, The Washington Post, and National Public Radio that covered NOAA’s announcement.

The temperature records that NOAA used for its analysis extend back 142 years. Earth, however, is believed to have been formed roughly 4.5 billion years ago.

NOAA has itself pointed out that Earth was probably significantly warmer than at the present for much of the past 500 million years, including during the Paleocene-Eocene Thermal Maximum. During the Hadean period 4.6 billion years ago, when a collision between two objects in outer space gave rise to the Earth–Moon system, Earth’s upper atmosphere may have reached temperatures of more than 3,600 degrees Fahrenheit.

More recently, the Medieval Warm Period may have been characterized by temperatures as warm or warmer than temperatures in recent years, both in the North Atlantic, where shifting temperatures are thought to have opened up Greenland and the North American continent to Viking exploration, and globally.

Additionally, other analyses suggest that last month wasn’t the hottest since modern recordkeeping began. The University of Alabama in Huntsville (UAH) temperature data set indicates that July 2020, July 2019, July 2016, July 2010, and July 1998 were as warm or warmer than last month. The European Union’s Earth observation program, Copernicus, found that July was not the hottest on record.

“Copernicus, NASA, and NOAA data sets agree that the four warmest Julys are: 2016, 2019, 2020, and 2021,” Ahira Sánchez-Lugo, a physical scientist with NOAA’s National Centers for Environmental Information (NCEI), told The Epoch Times. “The ranks for each individual year might vary, but the three data sets are very close to each other.”

Sánchez-Lugo didn’t immediately respond to a question about whether Sanders’s claim was false. A NOAA spokesperson did respond, stating simply, “NOAA NCEI found that July 2021 was the globe’s hottest month on record.”

When asked to confirm whether Sanders’s claim that July 2021 was “the hottest month EVER in the history of the planet” was true or false, the NOAA spokesperson did not immediately respond.

“Earth was 25 [degrees Fahrenheit] warmer than today for millions of years! How is this ignorance not a national story? Imagine if Trump said this!” Alex Epstein, proprietor of the website EnergyTalkingPoints.com, wrote in a tweet.

In a message to The Epoch Times, Epstein offered two explanations for why the media has not taken Sanders to task for his comments.

“[One,] much of the media themselves does not know that the planet has been much, much warmer than today for most of its history. [Two,] the media do not care about scientific accuracy nearly as much as they care about advancing what they think is the ‘right’ cause,” Epstein said. “So if Senator Sanders says something absurdly false in the name of promoting the ‘right’ climate policy, no problem.”

Tony Heller, a geologist, electrical engineer, and environmentalist who manages RealClimateScience.com, addressed Sanders’s tweet in a video posted on YouTube. Heller pointed out that ice overage at or near the poles, considered an important indicator of global warming, has been increasing. Antarctic sea ice coverage, for example, has reached 6.32 million square miles—“the largest sea ice extent since 2015,” according to NOAA.

Heller points out in the video that “fifty-three million years ago, palm trees grew on Antarctica.”

Sanders’s tweet is not the first scientific comment from a lawmaker to raise eyebrows. In 2010, Rep. Hank Johnson (D-Ga.) expressed concern that overpopulation could cause the island of Guam to capsize.