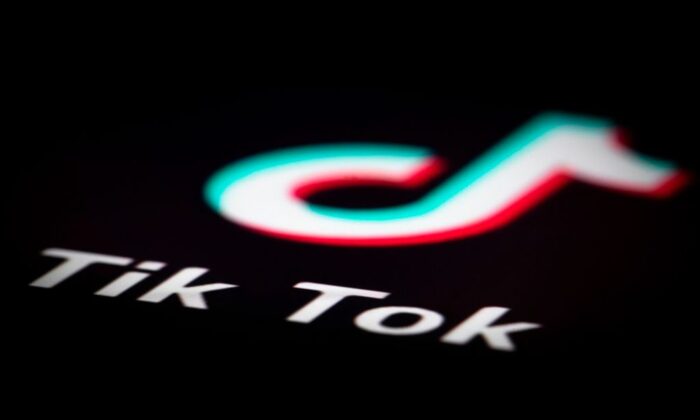 The logo of the TikTok app taken in Paris on Dec. 14, 2019. (Joel Saget/AFP/Getty Images)
US-China Relations

Sen. Rubio Calls on US Regulator to Review TikTok’s Acquisition of Musical.ly Over Censorship Concerns

In an Oct. 9 letter to Treasury Secretary Steven Mnuchin, Rubio said Chinese-owned apps, including TikTok, “are increasingly being used to censor content and silence open discussion on topics deemed sensitive by the Chinese Government and Communist Party.”

Rubio urged the Committee on Foreign Investment in the United States (CFIUS), an interagency panel administered by the Department of Treasury that reviews mergers and stock purchases for national security concerns, to scrutinize ByteDance’s 2017 acquisition of Musical.ly.

TikTok, known as “Douyin” in China, was launched by ByteDance in 2016. In the following year, ByteDance acquired fellow Chinese social media service Musical.ly, which had offices in Shanghai and Los Angeles, for $1 billion. In August 2018, ByteDance dropped the Musical.ly brand and launched a revamped version of TikTok.

The Peterson Institute for International Economics (PIIE), in a 2019 report, estimated that there were 400 million TikTok users in China, along with 80 million in the United States, and 120 million in the rest of the world.

In his letter, Rubio pointed out that there continues to be “ample and growing evidence” that TikTok scrubbed content on issues deemed “sensitive” by Beijing from its platform, such as Tiananmen Square, Tibet, Hong Kong, and Taiwan.

Last month, The Guardian reported that TikTok instructed its moderators to censor certain videos that mention certain topics, including Tiananmen Square, and the spiritual practice Falun Gong. The report was based on leaked documents detailing the app’s moderation guidelines, that TikTok said were replaced in May.

Falun Gong, also known as Falun Dafa, is a spiritual discipline involving meditative exercises and moral teaching, which was banned by the Chinese regime in 1999. For 20 years, its adherents have been subject to a sweeping persecution campaign involving arbitrary detention, forced labor, brainwashing, and torture.

Rubio also questioned why TikTok had only a few videos of the Hong Kong protests “that have been dominating international headlines for months.” Since early June, millions of Hongkongers have taken to the streets in opposition to the regime’s creeping encroachment, calling for greater democracy including universal suffrage.

“The Chinese government’s nefarious efforts to censor information inside free societies around the world cannot be accepted and pose serious long-term challenges to the U.S. and our allies,” Rubio wrote.

This isn’t the first time TikTok has faced scrutiny in the United States. In February, it agreed to pay a $5.7 million fine to settle U.S. government charges that it illegally collected personal information from underage users.

PIIE also warned in its report that Beijing could extract valuable intelligence from raw footage posted by U.S. military personnel. TikTok could surrender user data to Chinese authorities under a Chinese national security law passed in 2015, the report said.

“The government of China is using these apps to advance their foreign policy and globally suppress freedom of speech, expression, and other freedoms that we as Americans so deeply cherish,” Rubio wrote.

A U.S. TikTok spokeswoman, in response to Rubio’s letter, said that “The Chinese government does not request that TikTok censor content, and would not have jurisdiction regardless, as TikTok does not operate there,” according to Reuters.

Earlier this year, CFIUS forced Chinese company Beijing Kunlun Tech to divest dating app Grindr, which it had acquired a majority stake in 2016—a rare example of the regulator undoing an acquisition that had already been completed.

Though ByteDance is a private company, it has publicly supported the Chinese Communist Party’s (CCP) initiatives, such as its One Belt, One Road (OBOR) policy.

Like many private companies in China, it has a Party committee embedded within the organization, put in place to ensure the company runs in accordance with the mandates of the CCP.

In April 2018, Zhang Yiming, founder and CEO of ByteDance, and over 100 employees who were also members of the company’s Party committee, took part in a class to learn about the issues discussed at a two-day national conference on cybersecurity held a few days earlier, CCP mouthpiece People’s Daily reported.

The secretary of ByteDance’s Party committee, Zhang Fuping, said in a speech at the session that the “correct political direction, public opinion, and values” must be integrated into every one of the company’s products.

During the event, Zhang also said that ByteDance had over “200 million users” worldwide, including those in the countries that have signed up to the OBOR initiative. He added that the company must “infuse with the country’s national development strategy,” and take up “corporate responsibility for the build-up of the digital silk road.”

Beijing rolled out its flagship OBOR foreign policy initiative in 2013 in an effort to rebuild the ancient commercial trading route or “silk road.” It aims to bolster the regime’s geopolitical influence by investing in massive infrastructure projects on the continents of Asia, Europe, and Africa.

In August, ByteDance also convened a class session for Party members in the company following a CCP national conference on propaganda and ideological work.

According to an article by the China Federation of Internet Societies, an organization supervised by the regime’s internet censorship agency, the Cyberspace Affairs Administration, Zhang spoke about how implementing the learnings from the conference was an “important political mission.”