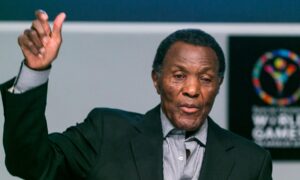 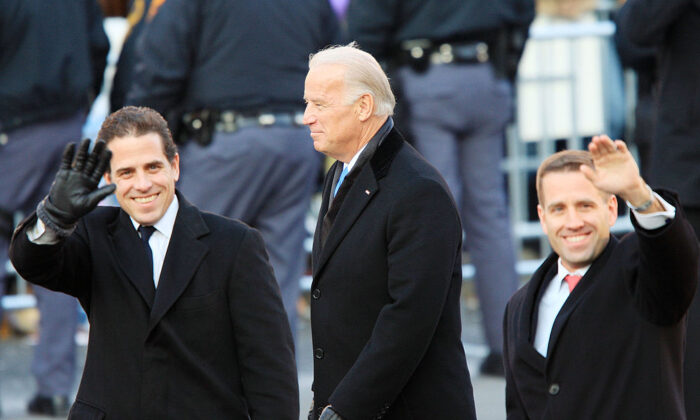 Sen. Ron Johnson (R-Wis.), chairman of the Senate Homeland Security and Governmental Affairs Committee, said Congress should have been told that Hunter Biden’s business dealings were being investigated as they were conducting President Donald Trump’s impeachment inquiry and trial.

“I’m sympathetic for keeping investigations confidential unless there’s an indictment,” Johnson told Fox Business’ “Sunday Morning Futures.” “But when you’re talking about investigations within the political realm, particularly one that would have affected the impeachment trial of the sitting U.S. president in the U.S. Senate, that should have been relevant information, the fact that they had Hunter Biden’s computer that had all these emails back in December 2019.”

The Department of Justice didn’t immediately respond to a request by The Epoch Times for comment.

“That was before the trial, that was part of that impeachment, we should have known that,” Johnson said. “When I met with the attorney general, it was really talking about the corrupt FBI investigation relating to the Russian hoax, so I don’t believe I ever really talked about our investigations of Hunter Biden, which, by the way—we never targeted the Bidens.”

Hunter Biden last week confirmed he’s being investigated by the U.S. Attorney’s Office in Delaware over “tax issues,” which was later confirmed by former Vice President Biden’s team. Johnson and Sen. Chuck Grassley (R-Iowa) have been investigating the younger Biden for about a year, releasing reports that found he had allegedly extensive ties to foreign nationals with links to the Chinese Communist Party (CCP). One whistleblower and former Biden business partner, Tony Bobulinski, said in October that the whole family is “compromised” by the CCP.

“That whole issue was brought forth during the impeachment. That’s when we started expanding our Ukrainian investigation to include his financial dealings, and then when we started seeing all these wire transfers that were connected to Hunter Biden,” Johnson said.

Justice Department guidelines stipulate that investigators shouldn’t take overt actions before an election.

Biden has denied that he knew anything about his son’s business dealings, and his campaign has said he never met with a Ukrainian gas company adviser with whom his son allegedly tried to meet in Washington. That allegation was the subject of an explosive New York Post report in mid-October.

In a statement on Dec. 9, Hunter Biden said he is “confident” he handled his tax affairs “legally and appropriately” after disclosing that he is under investigation.