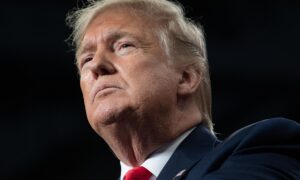 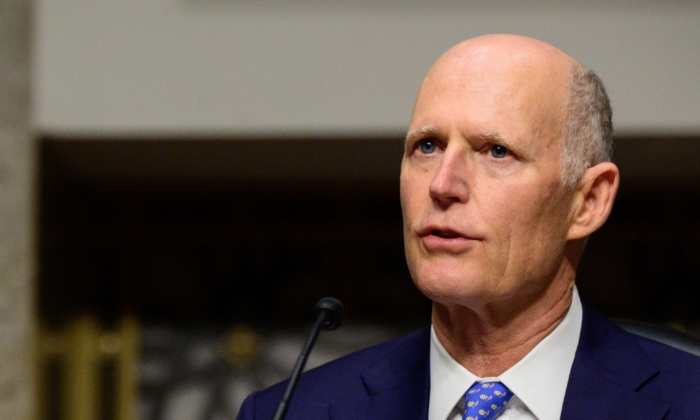 Sen. Rick Scott (R-Fla.), the chairman of the National Republican Senatorial Committee (NRSC), urged the GOP in a Feb. 23 memo to end an escalating intra-party dispute and focus on defeating the Democrats in future elections.

“At the very same time these far-left radicals are trying to remake America in their image, and lead us into a disastrous, dystopian, socialist future, we have a parade of pundits and even Republican voices suggesting we should have a GOP civil war. NO,” Scott wrote in a memo being sent to elected officials, activists, donors, and voters.

“This does not need to be true, should not be true, and will not be true. Those fanning these flames, in both the media and our own ranks, desire a GOP civil war.

“The Republican Civil War is now cancelled,” he wrote.

Scott sent the memo one week after former President Donald Trump issued a statement lambasting Senate Minority Leader Mitch McConnell (R-Ky.) and hinting that he will oppose primary candidates who aren’t fully behind the Make America Great Again agenda. McConnell opened the rift by laying some of the blame for the Jan. 6 Capitol breach on Trump and going on a media spree to criticize the former president.

Scott noted that he’s in favor of debate and disagreements within the party, but warned that the Democrats’ control of Washington is posing an imminent threat to the rights and freedoms secured by the Constitution.

“Perhaps in more genteel times, a bunch of infighting and arguing wouldn’t do much damage. Truthfully, I enjoy bantering back and forth, and I have no interest in trying to quell intraparty policy dialogue and debates,” the memo states.

“But now is not the time for division and here’s why: For the first time in any of our lives, socialism has become the unabashed, governing policy of the Democrat Party. The Democrats are fast abandoning any pretense of allegiance to the First and Second Amendments to our Constitution, they’ll give up on the rest of it in due time.”

Inklings of the “civil war” have already played out in the aftermath of the impeachment trial. Rep. Matt Gaetz (R-Fla.) traveled to Wyoming to host a rally against Rep. Liz Cheney (R-Wyo.), one of the 10 House Republicans who voted to impeach Trump. The former president’s son, Donald Trump Jr., called in to the rally to rev up support for an eventual primary challenger.

Scott warned that engaging in internal squabbles is no way to confront the Democrats.

“This is real life folks. If they can cancel the President of the United States, they will have no problem cancelling you and me. Today’s Democrats do not want to simply ‘cancel’ us, they want to destroy anyone who disagrees with them,” Scott wrote.

“To beat this threat—the threat of socialism, crushing debt, loss of freedom—we must focus on addition, not subtraction; on looking forward, not backward.”