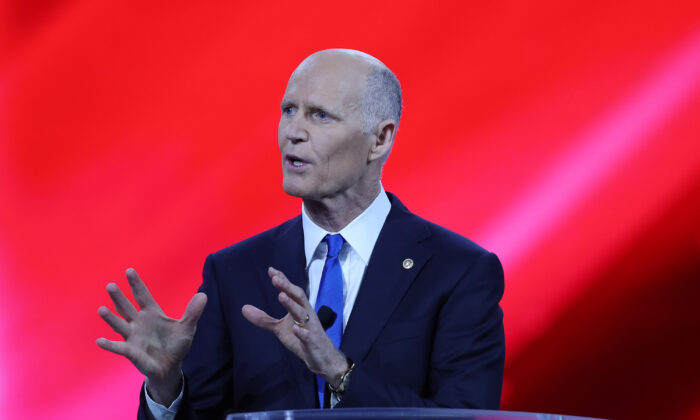 The Republican lawmaker sent Continenza a letter on Sept. 1 in response to the company’s decision last month to pull 10 images by French photographer Patrick Wack taken of life in China’s northwestern Xinjiang region, where at least 1 million Uyghurs and other ethnic minorities are being held in a sprawling network of detention and reeducation camps.

Wack described his photographs as a visual narrative of Xinjiang’s “abrupt descent into an Orwellian dystopia” over the past five years, which sparked backlash from Chinese Instagram accounts. Kodak subsequently apologized for “any misunderstanding or offense” that the post may have caused.

In his letter, Scott questioned Kodak’s “close cooperation” with the Chinese Communist Party (CCP) as described in the apology.

“The ongoing abuses in Communist China are despicable,” the letter reads. “Kodak’s decision to delete these photos, essentially censoring its own content, only empowers Communist China to continue these abuses against the Uyghurs and other Muslim minorities in Xinjiang.”

Scott gave the company 30 days to answer his questions, including whether all of Kodak’s supply chains are free from Uyghur forced labor, why Kodak apologized to the CCP, and whether Wack’s images will be reposted.

“As an American company headquartered in New York and incorporated in New Jersey, Kodak should be standing for American values and against our foreign adversaries,” the letter reads. “I am deeply concerned by Kodak’s decision to not only delete Mr. Wack’s photos from Instagram, but also to issue gross apologies to the Chinese Communist Party.”

Addressing the issue in an interview with the Hong Kong Free Press, Wack said Kodak’s conduct is “disappointing,” particularly as a company that, for a century, has been “one of the main traders in the photography industry” that “prides itself on helping people record important events.”

“Once they made the post, even if they were harassed by Chinese trolls … they should have stayed with it. It was starting to get ugly for them, and that’s why they panicked. They didn’t see that they were actually going to unleash something even worse by doing this.”

The Chinese regime’s army of internet trolls, dubbed the “50 cent army,” as they’re paid by the CCP (pdf) to make posts, works to dominate online thought and discussion by echoing the party line.

Kodak didn’t respond to a request for comment by press time.