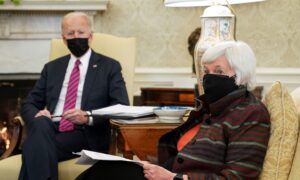 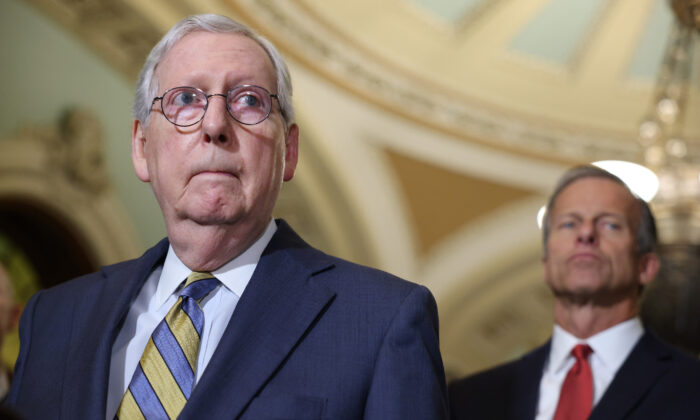 Senate Minority Leader Mitch McConnell (R-Ky.) told Secretary of Treasury Janet Yellen during a phone call that he will not change his decision to not raise the debt limit, saying he opposes the recklessness of the $3.5 trillion budget reconciliation bill and Democrats can do it alone.

“The leader repeated to Secretary Yellen what he has said publicly since July: This is a unified Democrat government, engaging in a partisan reckless tax and spending spree,” a McConnell spokesman said Wednesday night. “They will have to raise the debt ceiling on their own and they have the tools to do it.”

In a letter to leaders of Congress last week, Yellen said she does not know the exact date the funding will run out but knows it will be before the end of the year and urged leaders to raise the limit. In the event the United States defaults on its loans, according to estimates from the Congressional Budget Office, funding for Social Security, Supplemental Security Income, and Medicare will likely be halted.

“Given this uncertainty, the Treasury Department is not able to provide a specific estimate of how long the extraordinary measures will last,” the secretary wrote in the letter (pdf). “However, based on our best and most recent information, the most likely outcome is that cash and extraordinary measures will be exhausted during the month of October. We will continue to update Congress as more information becomes available.”

And Yellen warned that once cash on hand and other available measures are exhausted, the United States “would be unable to meet its obligations for the first time in our history.”

McConnell, even last week, said if Democrats want to keep adding to the national debt with reckless spending, then they can raise the debt limit on their own.

“Inflation has more than overtaken the average worker’s wage growth since last year. Employers are raising wages higher and higher, but their workers’ paychecks go less and less far. Families’ incomes and savings are eroding before their eyes,” McConnell said in a press statement. “Democrats have done this proudly on a party-line basis.”

McConnell wrote that the last $1.9 trillion relief package and the current one being considered by Democrats are unnecessary and are instead contributing to inflation and unfilled jobs.

“Back in 2020, during the teeth of the COVID emergency, Congress worked across party lines to pass massive rescue packages that Republicans and Democrats had written together. Virtually every serious expert agreed that after the last relief bill that we passed in December, the economy was primed and ready,” said McConnell. “But our Democratic colleagues wanted more.”

“Like they admitted from the start of the pandemic, they wanted to use the crisis to ‘restructure things to fit [their] vision.’ From a temporary emergency… to permanent socialism,” he added.

Senate Majority Leader Chuck Schumer (D-N.Y.) responded to McConnell’s declaration, hinting that they would not use the reconciliation process to raise the debt limit.

“Leader McConnell keeps talking about the new spending, what Democrats have done that’s not this debt. This debt, $5.5 trillion, was all under Trump and when Leader McConnell was the majority leader. But some Republicans recklessly, irresponsibly, so overwhelmingly politically seem eager to push our economy to the brink of total catastrophe by suggesting that they will oppose any effort to raise the debt ceiling,” said Schumer during a speech on the Senate floor Tuesday.

Sen. Elizabeth Warren (D-Mass.) also fired back at McConnell, saying that the Republicans contributed to the national debt. She went on to say that they are bluffing and know they need to lift the ceiling to avoid terrible fiscal consequences.

“So, my view on this is the Republicans know this. They’re just playing politics, you know, they’re trolling us trying to see, they think they can get something out of it. And as Democrats, we’re just not going to take the bait,” said Warren told MSNBC on Thursday.