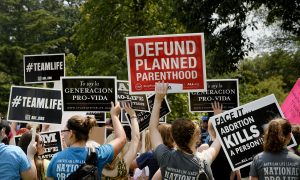 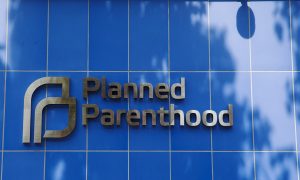 Senator Kelly Loeffler (R-Ga.) is leading a group of GOP colleagues in an effort to investigate Planned Parenthood receiving loans from the Paycheck Protection Program (PPP).

“Proud to lead more than two dozen of my Senate colleagues in calling to investigate Planned Parenthood’s abuse of #PPP & other criminal activity. Planned Parenthood MUST be held accountable for its disturbing practices & atrocities against the unborn,” wrote Loeffler on Twitter.

As part of the CARES Act, the PPP was set up to provide economic relief to those small businesses impacted by the economic shutdown due to the pandemic. Fox News reported that $80 million worth of taxpayer dollars went to a number of Planned Parenthood affiliates that were approved for PPP loans.

With signatures from 28 other GOP lawmakers, Sen. Loeffler wrote to the Treasury Department’s Special Inspector General for Pandemic Recovery (SIGPR) Brian Miller, asking that he determine if Planned Parenthood knowingly deceived the government and taxpayers.

“We ask that you investigate how these affiliates were able to obtain PPP loans despite their ineligibility under the Small Business Administration’s (SBA) affiliation rules, whether any Planned Parenthood affiliates knowingly provided false information in their PPP loan applications, and to what extent the parent organization, Planned Parenthood for America (PPFA), was involved in the application process for said loans,” the senators wrote.

“Like many other local nonprofits and health care providers, some independent Planned Parenthood 501(c)(3) organizations applied for and were awarded loans under the eligibility rules established by the CARES Act and the Small Business Administration (SBA), which they met,” the statement from Ayers read.

In addition to the first letter, Loeffler and her colleagues sent a second letter (pdf) to the Department of Justice (DOJ), in light of recently released video testimony from the Center for Medical Progress, that includes Planned Parenthood and biomedical company officials recounting under oath how live infants are harvested after abortion for fetal tissue trafficking.

The letter requests an update on the DOJ’s investigation into Planned Parenthood and information on any follow-up actions taken since the Senate Judiciary Committee’s criminal referrals were sent in 2016.

Planned Parenthood did not immediately respond to The Epoch Times request for comment.