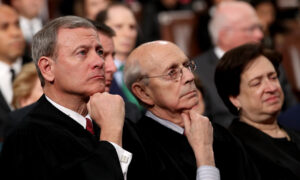 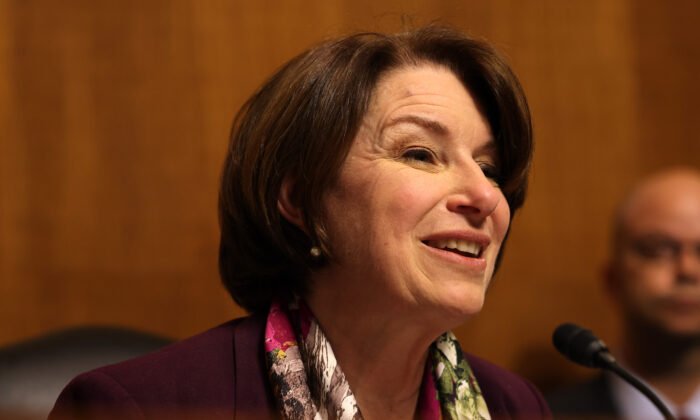 Supreme Court Justice Stephen Breyer should retire “sooner rather than later,” a top Democrat senator said in a new interview.

Sen. Amy Klobuchar (D-Minn.) said she would not speculate on the retirement of Breyer, the oldest justice on the nation’s top court at age 82.

But she noted that Breyer, in rare public comments, named health and the court’s positioning as the two main factors in his decision, which he has not made yet.

Klobuchar was speaking on CNN’s “State of the Union.”

Democrats fear losing control of the Senate in the 2022 midterm elections since they only control the upper chamber by virtue of Vice President Kamala Harris’s tiebreaking vote.

That would mean McConnell could block a Biden nominee, as he did to former President Barack Obama in 2016.

The open seat Obama sought to fill with Merrick Garland was left vacant until his successor, former President Donald Trump, nominated Neil Gorsuch, who received approval from the GOP-controlled Senate.

Trump went on to select two more justices—Brett Kavanaugh to fill a seat left open by the retirement of Anthony Kennedy, and Amy Coney Barrett, who filled the spot that was held by Ruth Bader Ginsburg until her death last year.

Ginsburg famously refused to step down during the Obama era and Democrats, in the minority in the Senate, were unable to prevent Barrett from being confirmed.

Other Democrats have also said they would prefer Breyer step down soon.

The court is currently composed of three justices nominated by Democrat presidents and six nominated by Republican ones, though some conservatives argue the ideological makeup of the judges actually means it tilts to the left.

Alan Dershowitz, a Harvard law professor who counts Breyer among his friends, said on Newsmax over the weekend that he believes Breyer will retire in August 2022.

“That will give the president the power to appoint somebody before there’s a new Senate,” he said. “So, everybody on the left will be happy, and Breyer will be able to say, ‘I didn’t give into pressure.’ That’s my prediction.”