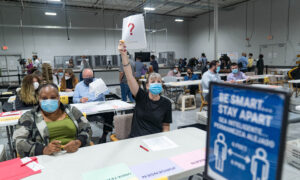 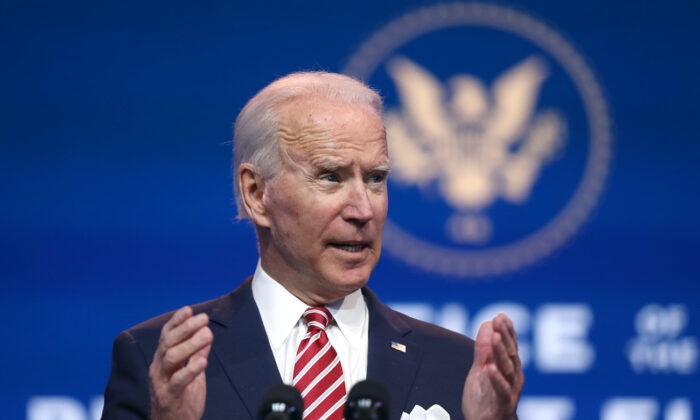 Kennedy appeared on Fox News Nov. 17 to share his insights on Biden’s first press conference since being projected by media as the winner of the White House race. Kennedy said he’s been following the media coverage of presidential campaigns, and that it took a “special kind of stupid” to not be able to see the “disparate treatment” between Biden and President Donald Trump.

Kennedy argued that when politicians “hide the truth” in order to hold onto power, it is a journalist’s role to hold the politicians accountable and safeguard the truth. “And in doing so, journalists can’t pick sides,” he said.

“Too many of our journalists have started picking sides, and it will ultimately undermine their profession and democracy. Because without truth, there is no trust. Without trust, there is no democracy.”

Kennedy’s comments came after Joe Biden fielded questions from reporters on Nov. 10, the first time since the election. Almost all the questions focused on Trump and the Republican Party’s refusal to acknowledge the legitimacy of the election results.

NBC News correspondent Mike Memoli asked Biden: “It’s now three days after you were projected as president elect, the president himself has said he has won this election, his own administration has not moved forward to give you access to what you need to begin the work of your transition.

“I wonder if you have a president who may well be watching right now and how do you expect to be able to work with Republicans when so many have thus far refused to even acknowledge your victory?”

“I just think it’s an embarrassment, quite frankly,” Biden replied.

Trump has repeatedly criticized media for their unwillingness to ask Biden tough questions. In September, Trump said at a White House press conference that the questions his Democratic challenger received were “meant for a child.”