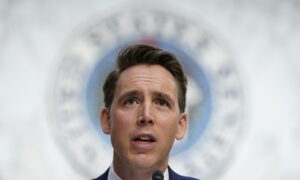 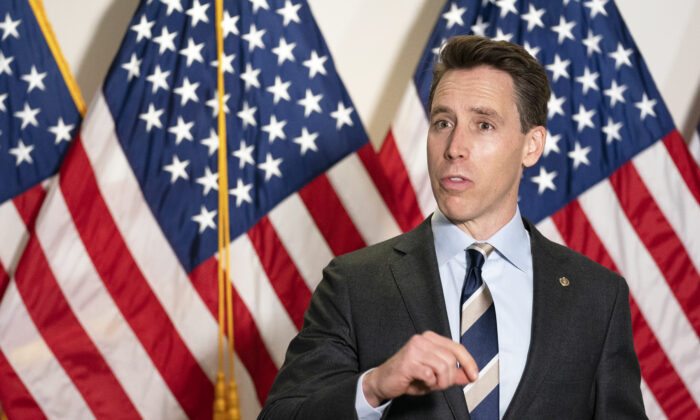 Loews Hotels Group has pulled out of a planned February fundraiser in Florida for Sen. Josh Hawley (R-Mo.) saying it’s opposed to “all who supported and incited” the Jan. 6 breach of the U.S. Capitol building.

“In light of recent events we have informed the host of this event that it will no longer be held at our hotel in Orlando or at any Loews Hotel for that matter,” Sarah Murov, a spokesperson for the luxury hotel chain, said in a statement on Saturday. “Loews Hotels & Co is horrified and opposed to the January 6th events at the Capitol and all who supported and incited those actions.”

The freshman Republican senator from Missouri supported an Electoral College challenge before rioters and hundreds of protesters breached the Capitol building, disrupting debates in both the House and Senate as lawmakers were forced to shelter in place or evacuate, and police and security attempted to seize back control.

Some critics have said that President Donald Trump, during a lunchtime Jan. 6 rally near the Capitol, incited violence—despite the president saying that the protesters should protest “peacefully and patriotically.”

Acts of violence and lawlessness transpired as a minority of protesters holding Trump flags decided to unlawfully enter the Capitol building while the majority of protesters rallied outside, most in a peaceful manner. It is unclear who instigated the breach of the building.

News of the upcoming fundraiser’s cancellation came after Florida attorney Daniel Uhlfelder posted a flyer for the event on Twitter Saturday, calling Hawley a “traitor” and asking Loews Hotels why it was backing him.

Hawley’s fundraising event had been planned for the weekend of Feb. 12 at the hotel chain’s Portofino Bay Hotel at Universal Orlando, hosted by Hawley-affiliated political committee, Fighting for Missouri.

Hawley, who is facing waning support from longtime backers and donors, was the first senator to announce a challenge to the Electoral College results, and his challenge continued even after the Jan. 6 breach.

Abiding by federal law, Hawley objected to electoral votes from Arizona and Pennsylvania, pointing to alleged election irregularities and moves by election officials to change election processes during the CCP (Chinese Communist Party) virus pandemic in contravention to state Constitutions.

“Hallmark believes the peaceful transition of power is part of the bedrock of our democratic system,” Hallmark spokeswoman JiaoJiao Shen said in a statement, the Kansas City Star reported. “The recent actions of Senators Josh Hawley and Roger Marshall do not reflect our company’s values. As a result, HALLPAC requested Sens. Hawley and Marshall to return all HALLPAC campaign contributions.”

The company said its employees donated $7,000 to Hawley and $5,000 to his colleague Marshall during the last two years through its PAC.

Separately, Missouri-based health care IT firm Cerner Corp. said that it will suspend contributions “to any candidate or official who took part in or incited violence last week in Washington, D.C,” without directly naming Hawley.

Cerner’s political action committee has donated $10,000 to a Hawley-sponsored PAC over the past two years, according to The Associated Press.

Publishing company Simon & Schuster meanwhile said that it had canceled a contract for Hawley’s book over his decision to object to electoral votes during the joint session of Congress. The freshman senator later said he plans to sue the New York-based company over the “Orwellian” move.

In a statement Saturday, Hawley’s office said the senator was undeterred by the backlash.

“If these corporations don’t want conservatives to speak, they should just be honest about it. But to equate leading a debate on the floor of the Senate with inciting violence is a lie, and it’s dangerous.

“I will not be deterred from representing my constituents and I will not bow to left wing corporate pressure,” he said.

Coordinated Involvement at the Capitol on Jan. 6?