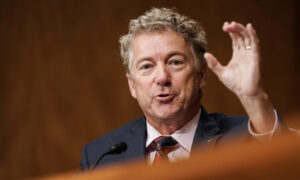 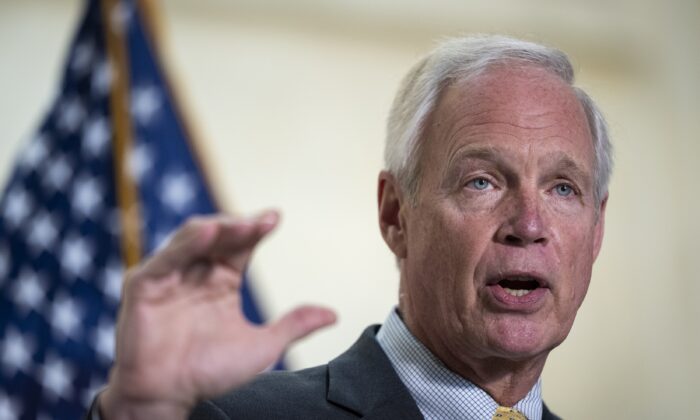 Sen. Johnson: No COVID-19 Vaccine Because High Levels of Antibodies

Sen. Ron Johnson (R-Wis.) isn’t getting a COVID-19 vaccine for now because he still has high levels of antibodies against the disease.

“In my case, I just recently had an antibody test, and I have the same level of antibodies as the doctor who prescribed me the test, who had just gotten two doses of Moderna,” Johnson told Epoch TV’s “American Thought Leaders.”

The Food and Drug Administration (FDA) this month advised against using antibody testing to determine immunity from the CCP virus.

“Antibody tests can play an important role in identifying individuals who may have been exposed to the SARS-CoV-2 virus and may have developed an adaptive immune response. However, antibody tests should not be used at this time to determine immunity or protection against COVID-19 at any time, and especially after a person has received a COVID-19 vaccination,” Tim Stenzel, director of the Office of In Vitro Diagnostics and Radiological Health in the FDA’s Center for Devices and Radiological Health, said in a statement announcing the new guidance.

The Centers for Disease Control and Prevention (CDC) recommends people who recovered from COVID-19 get a vaccine.

“That’s because experts do not yet know how long you are protected from getting sick again after recovering from COVID-19,” the agency stated.

A growing body of research, though, indicates that those who had COVID-19 and recovered retain immunity for months, and potentially years.

“Last fall, there were reports that antibodies wane quickly after infection with the virus that causes COVID-19, and mainstream media interpreted that to mean that immunity was not long-lived,” senior author Ali Ellebedy, an associate professor of pathology and immunology at Washington University School of Medicine in St. Louis, said in a statement.

Johnson lamented what he sees as official guidance from the government that doesn’t line up with the science on the issue.

“For some reason, now the FDA has come out with a guidance or report saying that if you have antibodies, that’s no proof of immunity. Why is the FDA, CDC, and NIH’s default position on those of us that have been previously infected, that chances are you probably don’t have immunity? Why would they say that? It’s just not true,” he said.

“Almost every other virus that we know that once you’ve had the disease, you’re immune from it, and certainly if you have an active case of the disease, you sure don’t want to get the vaccine, and yet we have this big push to vaccinate everybody, regardless of medical need or potential harm that might come of possibly vaccinating somebody who’s been previously infected or currently having a case of COVID.”

Paul has offered a similar view, saying he will not get a vaccine until he sees “evidence that people who have already had the infection are dying in large numbers, or being hospitalized or getting very sick.”

Johnson pointed to a recent study from Israel. Researchers there found that protection against infection, hospitalization, severe illness, and death were similar in percentage between those who had received a COVID-19 vaccine and those who had COVID-19 and recovered.

“Our results question the need to vaccinate previously-infected individuals,” they wrote.

“There’s a study just published out of Israel that shows that those of us that were previously infected have as good if not better immunity than the vaccine, and that would make a lot of sense,” Johnson said.

“The vaccine is really designed based on the spike proteins to identify those; when you’ve had the disease, your immune system identifies the entire coronavirus, which is why people with the SARS 1 17 years later appear to be immune to SARS 2 even though SARS 2 is only 80 percent genetically identical to SARS 1. So the common sense—just basic medicine—would indicate that if you’ve already been infected with the virus, your immune system is going to be pretty capable of warding off a reinfection.”