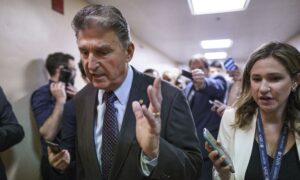 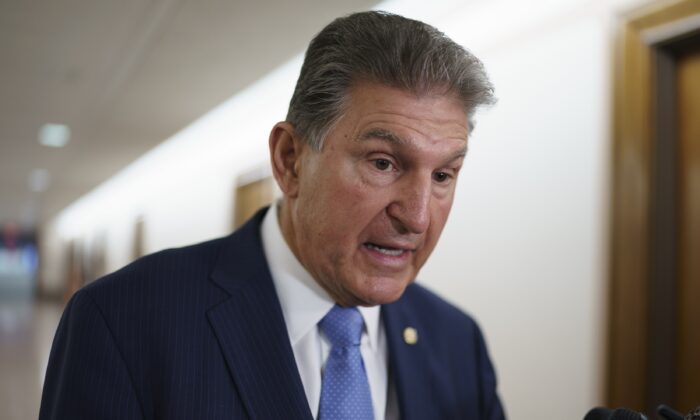 Sen. Joe Manchin (D-W.Va.) might vie for another term in 2024, despite vowing in 2018 that he wouldn’t do so, as he now holds tremendous power as the most moderate Democrat in the Senate.

“You never know. You don’t know. There’s always a chance, absolutely,” Manchin, 73, told Politico. “You better be prepared, that’s all I can say. And I’m being prepared.”

He entered the Senate in 2010 after serving as the governor and secretary of state in West Virginia. Manchin survived a close race in 2018, beating West Virginia Attorney General Patrick Morrissey by about 3 percent in a state that former President Donald Trump won easily in 2016 and 2020.

He doesn’t believe that just any Democrat could keep the seat he holds, which he said will factor into his decision.

“You get the right candidate and you have a national movement that basically shows that balance is working, bipartisanship is working, and the country’s going in the right direction, sure,” Manchin said. “You’ve just got to work like hell.”

Manchin’s office didn’t immediately respond to a request by The Epoch Times for comment.

In a 50–50 Senate, with Democrats holding a majority by one vote due to Vice President Kamala Harris’s ability to cast a deciding vote in the event of a deadlock, Manchin has emerged as the most likely Democrat to shut down some of his colleagues’ more radical propositions, from the federalization of elections to destroying the filibuster.

Republicans are angling to flip both the House of Representatives and the Senate during the 2022 midterm elections. The party hopes to install many fresh faces to replace retiring lawmakers, such as Sens. Richard Shelby (R-Ala.), Richard Burr (R-N.C.), and Patrick Toomey (R-Penn.), even as they defend 20 seats to the 14 Democrat seats up for election.

If they fail, the Republicans have an even better chance of taking back the upper chamber in 2024. Democrats will be defending 21 seats, including Manchin’s, versus 10 seats for Republicans.

Manchin isn’t the only senator to be reconsidering a promise to step down. Sen. Ron Johnson (R-Wis.), 66, whose term is due to end in early 2023, is weighing the possibility of running again after previously saying he would serve just two terms.

However, Johnson said last week that he may not be the best candidate for the 2022 midterm elections.