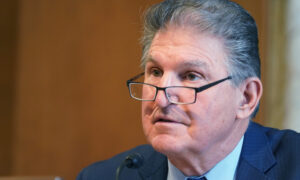 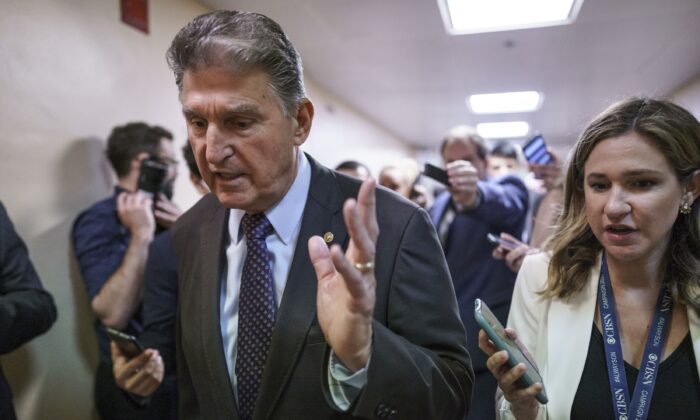 Sen. Joe Manchin (D-W.Va.), who has signaled opposition to several Democrat-proposed voting bills and ending the filibuster, said he won’t budge on a sweeping bill to overhaul federal elections after he met with civil rights groups.

“There was nothing basically for or against … basically everyone’s position was discussed,” Manchin told reporters on Tuesday after meeting with NAACP President Derrick Johnson, Al Sharpton, National Urban League president Marc Morial, and others.

When asked about whether he would support the “For the People Act” bill, the Democrat senator said, “No, I don’t think anybody changed positions on that,” according to The Hill.

The Democrat-backed For the People Act was passed in the House along party lines and would limit gerrymandering, change campaign finance rules, and would create new ethics rules for some federal officials. Republicans and conservative organizations such as the Heritage Foundation oppose the bill, with Senate Minority Leader Mitch McConnell (R-Ky.) describing the measure as a “one-sided power grab” when it was first introduced in 2019.

If Manchin opts to support the bill, Senate Republicans would very likely use the filibuster, which requires a 60-vote threshold to overcome, to block its passage. As a result, some congressional Democrats have called for the abolition of the Senate filibuster, a proposal that Manchin has said he would oppose. Sen. Kyrsten Sinema (D-Ariz.) has also signaled opposition to ending the filibuster.

“I’m very honored that we all got the chance to speak, listen to each other. That’s really what it’s about. We learned and listened,” Manchin also said of his meeting on Tuesday. “We had a constructive conversation. I think everybody pretty much knows the importance of what we’re doing. And I think I’m very much concerned about our democracy, protecting people’s voting rights,” the senator continued.

Manchin previously said that he won’t support the measure, saying it’s too broad and won’t receive bipartisan support. A number of leftist Democrats in the House, including “Squad” member Rep. Jamaal Bowman (D-N.Y.), have started to take an increasingly hard-line stance against Manchin.

It came after Manchin wrote an opinion article for the Charleston Gazette saying he won’t back the bill because “partisan voting legislation will destroy the already weakening binds of our democracy.”

For that, Republicans, including former President Donald Trump, praised the West Virginia Senator.

“He’s doing the right thing and it’s a very important thing,” Trump said of Manchin during a Fox News interview on Monday. “Otherwise you’re going to be packing the court. You’re going to be doing all sorts of very, very bad things that were unthinkable and were never even brought up during the election. Nobody brought this stuff up.”