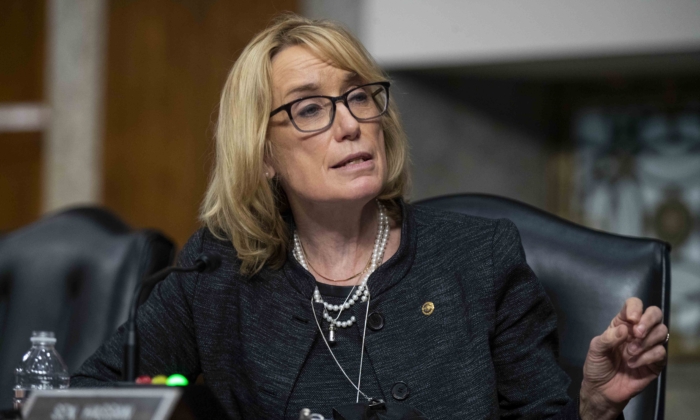 U.S. Sen. Maggie Hassan (D-N.H.) has backed out of a scheduled debate with her Republican challenger and political newcomer Don Bolduc.

Wendy Hunt, president of the Nashua Chamber of Commerce, told The Epoch Times that Hassan has asked to appear separately on stage for the Oct. 12 event.

Hunt declined to comment further, saying only in an email to The Epoch Times about the change that Hassan would appear first, followed by Bolduc.

Hunt was cited by the NH Journal as saying that the Hassan campaign contacted her on Oct. 6, indicating that the incumbent would participate only if it were “a stand-alone forum, not a debate.”

Hassan has also insisted that Bolduc not be present when she speaks, Kate Constantini, a com strategist for Bolduc, told The Epoch Times.

“He can’t even be in the audience,” said Constantini, “he has to stay in the green room.”

The Hassan campaign didn’t respond to inquiries by The Epoch Times about the cancellation, and Hassan has released no statement about it.

The debate is billed as a luncheon event and has been listed for weeks on the chamber’s calendar. It’s part of its candidate series, which includes a scheduled debate on Oct. 18 between New Hampshire Gov. Chris Sununu and Democratic challenger Tom Sherman, and an Oct. 25 debate between U.S. Rep. Chris Pappas and Republican challenger Karoline Leavitt.

The Nashua Chamber of Commerce represents businesses in the second-biggest city north of Boston. Nashua is also the seat of New Hampshire’s most populated county.

“It’s pretty clear she doesn’t want to be held accountable to voters,” she said.

Out of the Public Eye

While three recent polls have Hassan with a 3 to 8 percent lead over Bolduc, Hassan’s campaign manager, Aaron Jacobs, acknowledged in a recent internal memo that polls are “sugar-coated” in favor of Democrats.

Hassan has remained largely out of the public eye, focusing her campaign mostly on legislation she has sponsored or supported, including a bill she introduced on Oct. 5 that would provide government-funded legal services to families with a disabled child.

Hassan has a son with cerebral palsy. In her 2016 bid, Hassan said her son Ben, who is also nonverbal and wheelchair confined, was the entire reason she decided to become involved in politics.

Hassan has also introduced a number of pro-veteran bills—especially lately. She has landed support from veterans, including a Bronze Star Army veteran who appears in a new campaign ad for Hassan, whose father was also a Bronze Star recipient. That might serve to offset Bolduc’s highly touted platform as a retired Army brigadier general with a lengthy military career.

However, he’s ruffled some feathers among his staunchly conservative base in New Hampshire when he backed off his once-firm position that the 2020 presidential election was stolen by Democrats.

After winning the Republican primary, Bolduc appeared on Fox News and pivoted on the issue, calling Biden a “legitimate president” and saying he wanted to be “definitive on this” and that he had “come to the conclusion” that the election was not stolen.

Prior to the primaries, Bolduc had touted a letter he signed with some 120 other generals and admirals, declaring that Trump won the election.

“I stand by my oath, I’m not switching horses, baby,” Bolduc said in August to a cheering crowd at a public debate hosted by the Government Integrity Project.