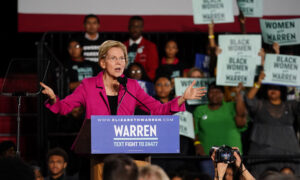 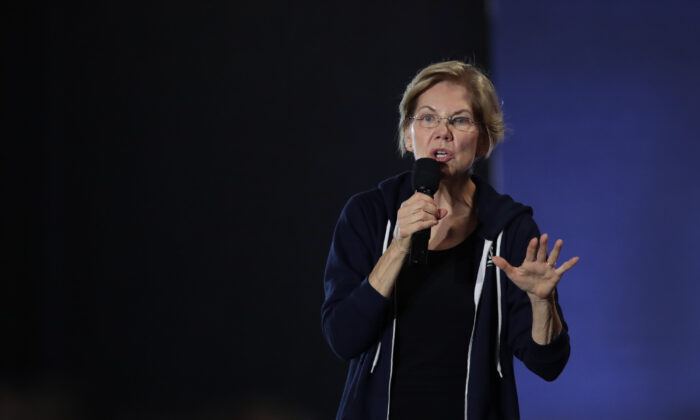 Sen. Elizabeth Warren (D-Mass.), the top female Democratic presidential candidate, said that she may pick another woman as a running mate but didn’t commit to the idea.

Warren, 70, was asked on the campaign trail in Altoona, Iowa whether she’d pick a female vice president.

“First, it would be entirely presumptuous of me to talk about running mates. I’m out here talking about why I’m running for president,” Warren said.

“But I gotta say—why wouldn’t I have a woman for a running mate?” she added later. “You’re thinking the right way. That’s a good one. Not saying it has to be.

No candidates have announced who they’d choose as their running mate but several have suggested women.

“No matter what, I’m looking you in the eye and saying this: There will be a woman on the ticket,” he said.

President Donald Trump has said his vice presidential candidate will remain Vice President Mike Pence as he runs for re-election in 2020.

Warren was reportedly in touch with Andrew Gillum, the former Tallahassee, Florida mayor who lost his bid to become the state’s governor, earlier this year, but Warren’s campaign denied the reports.

During a radio interview in April, Warren said the gender of her running mate didn’t necessarily matter. “I’d put a woman on my ticket. I’d put a man on my ticket. What I want is somebody who’d be in the fight,” she said.