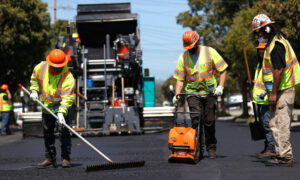 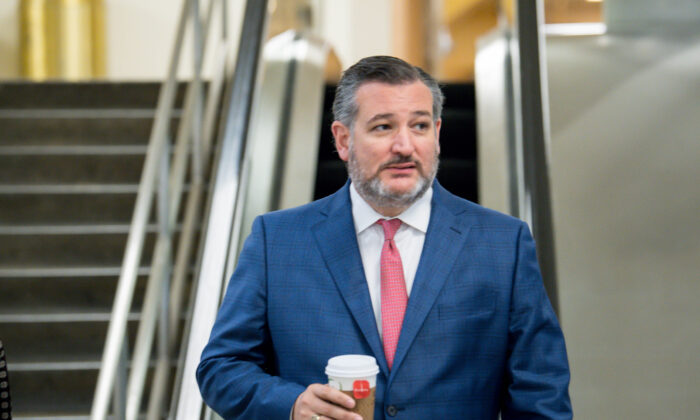 The Senate voted on and passed the bipartisan $1.2 trillion Infrastructure Investment and Jobs Act on Tuesday. The bill has undergone several amendments and debates, but Republican and Democratic senators alike still express concerns over the language in a section of the bill that they fear could destroy the blooming cryptocurrency industry. Sen. Ted Cruz (R-Texas) joined this bipartisan resistance today, saying that the “underlying language” of one section of the bill could “obliterate” cryptocurrency.

This section of the bill seeks to put new regulations and tax burdens on platforms that allow users to buy and sell cryptocurrency, an industry that markets itself as an alternative to fiat currency and centralized financial control. The provision would require that these platforms report information on the buying and selling of digital assets to the IRS. However, many such platforms are noncustodial providers, meaning that they do not have access to this information—their users’ assets are kept in private accounts that only they can see or access. This makes it practically impossible for these noncustodial crypto providers to comply with this provision.

“Cryptocurrency isn’t tied to any particular piece of dirt,” Cruz warned. The effects of this provision would not be to kill the crypto market, but to push it overseas along with the jobs it has created in the country.

Members of the House joined in this criticism, forming a bipartisan “Blockchain Caucus.” Rep. Tom Emmer (R.-Minn.) sent a letter to every member of the House expressing his concerns. “This provision [of the bill] establishes new IRS reporting obligations for noncustodial blockchain technology providers, entities who do not broker transactions and who have no way to comply with such requirements.” Rep. Emmer warned that “left unchanged,” the provision in the bill would “further regulate innovation out of the United States.” Emmer continued that “middlemen who perform broker transactions, such as centralized cryptocurrency exchanges, are currently required and should comply with tax reporting obligations.” Examples of these “middlemen” are platforms like Coinbase, one of the most popular cryptocurrency exchanges on mobile devices. Emmer joined with Reps. Darren Soto (D-Fla.), David Schweikert (R-Ariz.), and Bill Foster (D-Ill.).

The debate over this item held up passage of the bill yesterday when Cruz proposed an amendment striking the entire section from the legislation but was shot down by the Senate.

Despite this setback, the debate spilled over to the internet. #DontKillCrypto became a trending tag on Twitter because of the concerns about the legislation. Fight for the Future, a technology advocacy group, issued a “Red Alert” about the bill, asking readers to “tell Congress to protect human rights in the crypto-economy.” In a post, Fight for the Future says that the law “mandates mass surveillance of the crypto-economy in the name of reducing tax avoidance.” It continued, “The issues at hand aren’t simply about taxes—they’re about the United States’ ability to participate in cryptocurrencies and a decentralized future that puts the rights of people above the exploitative and manipulative business models of Big Tech.”

On the same page, the group posted a form to get people in contact with their representatives and senators. On this page, they report that so far the form has swamped Congressional offices, generating over 41,000 calls and over 700 emails from citizens concerned about the law.

With its passage through the Senate earlier today, the bill will be going back through the House, where new amendments introduced by the Senate need to be confirmed to continue on to the White House. Should the bill become law, the implications for crypto markets will be unclear.