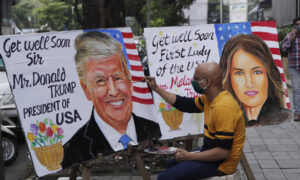 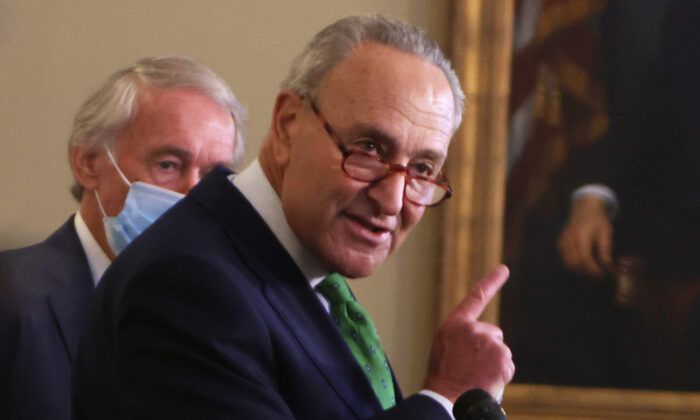 After President Donald Trump’s testing positive for the CCP virus, Senate Minority Leader Chuck Schumer (D-N.Y.) said it is imperative that a program for testing and contact tracing be implemented in the Senate.

“This episode demonstrates that the Senate needs a testing and contact tracing program for Senators, staff, and all who work in the Capitol complex. We simply cannot allow the administration’s cavalier attitude to adversely affect this branch of government,” Schumer said in a written statement.

“It is imperative that all results be made public in order to contain a possible outbreak and so we can determine the need for Senators and staff to quarantine or self-isolate,” he added.

Adding to the urgency for having such a program in place was Sen. Mike Lee’s (R-Utah) positive result.

Lee also tested positive for the virus and it is unclear where he might have been exposed to it. He said he began to experience “allergy-like symptoms” and decided to get tested for the coronavirus “out an abundance of caution.” He said he had tested negative during a White House visit several days ago but tested positive Thursday.

Lee, a member of the Senate Judiciary Committee and said he will be back to work in time for the confirmation hearings for Judge Amy Coney Barrett, Trump’s Supreme Court nominee. Those hearings are scheduled to begin Oct. 12.

The Senate does have proxy voting in place so, it should not slow the pace of Barrett’s confirmation hearings.

House Speaker Nancy Pelosi (D-Calif.) and Senate Majority Leader Mitch McConnell (R-Ky.) turned down a White House offer in May for rapid testing for the Capitol complex, writing that they wanted to “keep directing resources to the front-line facilities where they can do the most good the most quickly.”

Schumer was adamant that after Trumps’ diagnosis, the White House should move forward with contact tracing including Trump’s Supreme Court nominee, Judge Amy Coney Barrett. The White House said Barrett is tested daily and that her test came back negative Friday.

In his statement, Friday Schumer indirectly scolded the president for not socially distancing and wearing a mask at his large events. President Trump has held a number of large events at the White House and campaign rallies in the last few weeks.

“What happened to President Trump is a reminder of why the whole country, including Senators and staff, must follow the science and follow the protocols laid out by the CDC and public health officials,” Schumer said. “When you ignore the science, you don’t wear a mask, and you don’t follow social distancing guidelines, it puts you and everyone around you at risk. Following science is a must.”