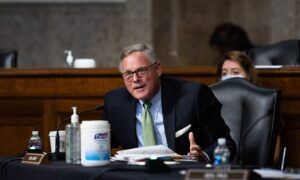 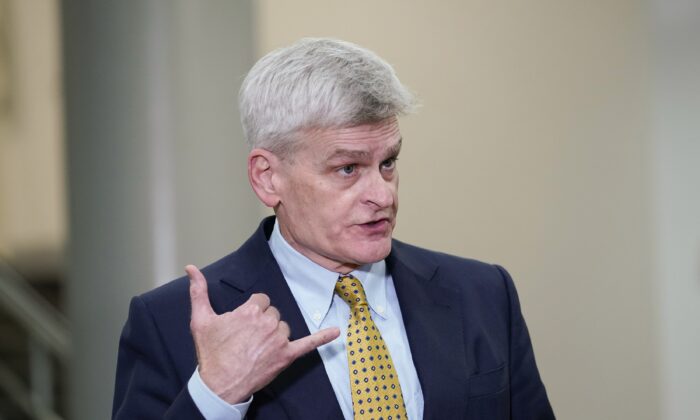 Sen. Bill Cassidy (R-La.) on Sunday alleged former President Donald Trump will not be the Republican presidential nominee in 2024.

“Over the last four years, we have lost the House, the Senate, and the presidency. Political campaigns are about winning. Our agenda does not move forward unless we win. We need a candidate who cannot only win himself or herself, but we also have to have someone who lifts all boats. And that’s clearly not happened over the last four years,” he added.

The narrative was presented differently by Sen. Rob Portman (R-Ohio), who appeared on ABC’s “This Week,” another Sunday show.

After calling Trump “very popular among Republicans,” Portman added: “I do think that the policies are what’s even more popular and that’s why Republicans actually did pretty well in 2020. Other than at the presidential level, as you know, not a single House Republican lost. In fact, 15 seats were picked up in the House. That was unexpected. We did better in the Senate than was expected. We picked up some statehouses, unexpected.”

Cassidy declined to answer whether he thinks Trump is fit to be president again, calling the query “a theoretical that I don’t think will come to pass.”

Cassidy was one of seven Senate Republicans to vote last month to convict Trump on a charge of incitement of insurrection. But Trump was acquitted because the other 43 GOP members voted against the conviction and a supermajority was required to convict.

All seven have faced blowback from within their party, with many being censured by county or state GOPs. Cassidy was censured by the Louisiana Republican Party shortly after the vote.

Cassidy made similar remarks to his Sunday comments two days prior.

“I don’t think President Trump is going to be our nominee. You are asking me a theoretical, and I reject the premise of it. You can pick many reasons, among them being his age, but I don’t think he will be a presidential nominee. So I don’t think that will be an issue that I have to face,” he said on Fox Business’ “Varney & Co.”

Trump, meanwhile, on Sunday suggested voters reject Cassidy and the other Republican lawmakers who voted against him, including the 10 House members.

“Get rid of them all,” he told a crowd at the Conservative Political Action Conference in Orlando, Florida, in his first post-office speech.

“I will be actively working to elect strong, tough, and smart Republican leaders. RINOs will destroy the Republican Party … and the American workers,” he added, referring to “Republicans in Name Only,” a derogative term used by conservatives to deride Republicans who they feel aren’t actually conservative.

In a straw poll at the conference, Trump proved to be the most popular candidate for the GOP’s 2024 nomination, beating Florida Gov. Ron DeSantis and South Dakota Gov. Kristi Noem, among others.