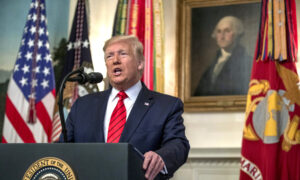 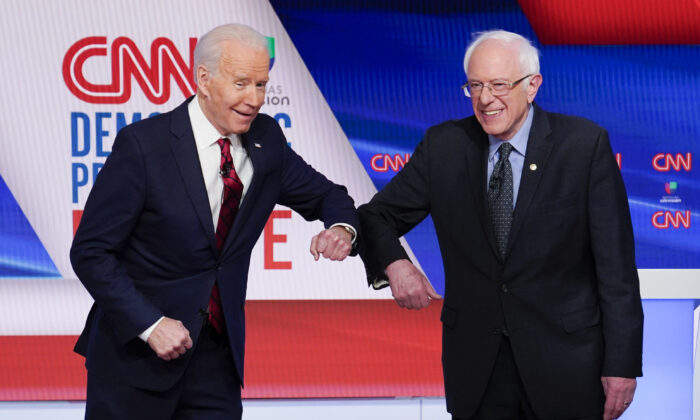 “Have you had any conversations with anyone from the Biden transition team about a possible Cabinet post?” CNN host Jake Tapper asked the self-described socialist senator on Nov. 15. Sanders responded in the affirmative and confirmed that he spoke with Biden’s team, and said he “want[s] to do [his] best in whatever capacity, as a senator or in the administration, to protect the working families in this country.”

Numerous media outlets have declared the presidential winner as Biden. The Epoch Times will not call the race for either Biden or President Donald Trump until all results are certified and any legal challenges are resolved.

Sara Nelson, head of the union Association of Flight Attendants, told NBC News that Sanders reached out to her for support.

Several other progressive politicians have reportedly attempted to reach out to Biden in recent days. However, with Republicans likely to control the Senate following the two runoff elections in Georgia in January, it’s entirely possible that their nominations would be blocked in the upper chamber even if Biden is victorious.

Some business groups have expressed anxiety over the prospect of Sanders having a prominent role in the federal government.

“Naming such a polarizing choice would be a pretty big bait-and-switch for a president-elect who ran on bringing the country together to solve problems,” said Matt Haller, senior vice president of government relations and public affairs at the International Franchise Association, according to The Hill in a report last week.

“This election said many things, but it was not a mandate by voters to turn America into a country that rejects capitalism—just ask the House incumbents who were thrown out of office in purple districts for being unable to separate themselves from the lunatic fringe agenda,” he said.

Aric Newhouse, senior vice president of policy and government relations at the National Association of Manufacturers, said bipartisanship is sorely needed, suggesting that he doesn’t favor a left-wing direction.

Biden’s team hasn’t responded to a request for comment, and it also declined to comment to The Hill on the prospect of Sanders joining.