Stimulus Package, Checks Will Be Crafted in Mid-July, Meadows Says
0

Top GOP Senator: Next Stimulus Package Needs to Get Americans Back to Work
0 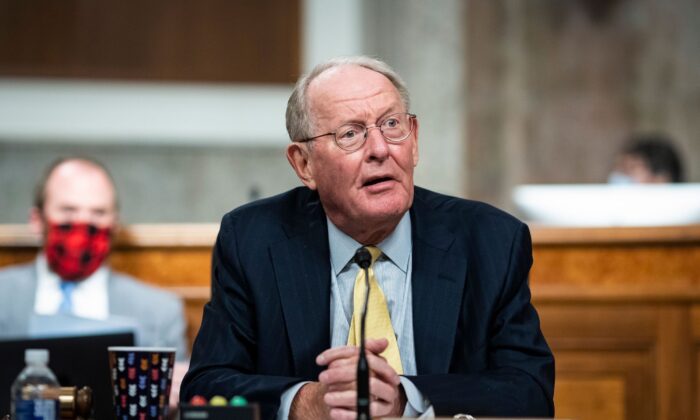 Sen. Lamar Alexander, a Republican from Tennessee and chairman of the Senate Health Education Labor and Pensions Committee, listens during a hearing in Washington, on June 30, 2020. (Al Drago/AFP via Getty Images)
Education

Alexander, who is retiring from his chairman position at the end of the year, noted on the Senate floor that the six-month pause on federal student loan payments granted by the Congress through the CARES Act is coming to an end on Sept. 30.

Under Alexander’s proposed bill, known as Student Loan Repayment and FAFSA Simplification Act, students loan borrowers will be able to continue deferring monthly payments after Oct. 1 if they have no income. Those who are earning income would have to pay no more than 10 percent of their remaining income after paying for life’s essentials.

“No Income, No monthly payment. In other words, if you have a student loan, your monthly payment is ZERO if you do not have any income, for whatever reason,” Alexander said. “When you do begin earning income, your monthly payment will never be more than 10 percent of your income AFTER you deduct the necessities of life, such as the cost of housing—such as rent or mortgage—and food.”

Alexander also offered the borrowers an option to pay off student loans in 10 years, which he said would lead to paying less in interest. It applies to both existing and new student loan borrowers.

“This option would be like a 10-year mortgage: make equal principal and interest monthly payments over 10 years until the loan is paid off,” he said, adding that simplifying the loan repayment process could provide a return to the federal government of $10 billion over the next decade because a less complex system makes students more willingly to repay their loans.

Meanwhile, the Senate Republicans are planning to set aside $70 billion for K-12 schools, with half being available only to schools that fully reopen for in-person learning in the fall. The preliminary plan also includes another $30 billion for colleges and universities, regardless of whether they physically reopen.