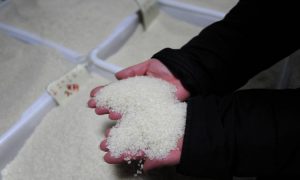 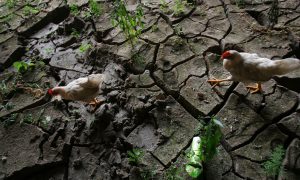 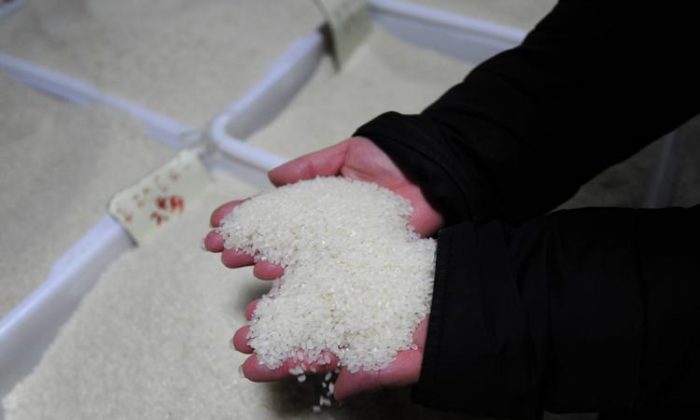 A vendor picks up rice at her stall in a market in Beijing. For decades, high levels of cadmium and other toxic heavy metals have polluted China's waterways and through irrigation they have ended up in village rice paddies. (Peter Parks/Getty Images)
China Society

The accused mixed 2,597 tons of rice containing excessive cadmium into bags of normal rice before their delivery to a location in Dongcheng district, Yangjiang city, Guangdong Province, during 2017 and 2018.  They received one to five years’ prison sentences on the charge of violating food safety standards.

In April this year, a similar scandal occurred involving seven companies in Yiyang city, Hunan Province. Authorities found in local granaries around 99.42 tons of rice that contained excessive levels of cadmium. They also discovered that some of the contaminated rice had already been moved out of the granaries and made into rice noodles sold in Yunnan Province.

In November 2017, toxic rice was accidentally found by a team of volunteers in a village of Jiujiang city, Jiangxi Province. Surprisingly, the following year, local residents were still eating the contaminated rice, according to media reports.

Polluted soil is often the cause of contaminated crops. As of Apr. 17, 2014, at least one-fifth of China’s agricultural land was polluted with inorganic chemicals, such as cadmium, nickel, and arsenic, according to a report released by the country’s Environmental Protection Ministry.

Researchers at China’s Academy of Sciences noted in a 2018 paper that toxic elements contamination in China is severe. Furthermore, they are difficult to remove because they cannot be degraded in soil. The entry of these pollutants into the food chain may pose risks to human health and environmental safety, the researchers warned.

According to medical experts’ alerts, long-term consumption of foods high in cadmium may damage the kidneys.

The Ministry of Emergency Management of China confirmed on Oct. 7 that flooding, typhoons, hailstorms, droughts, earthquakes, low-temperature freezing, snowstorms, and forest and grassland fires occurred in China in the first three quarters of 2020.

The natural disasters have impacted at least 130 million people, with 578 deaths or missing, 83,000 houses destroyed, and 1.476 million buildings damaged, according to authorities.

But given the authorities’ pattern of covering up information, Chinese citizens have questioned the veracity of the regime’s casualties assessment.

The ministry also said that natural disasters have impacted 189.97 million hectares of cropland, of which 25.554 million had no harvest at all.