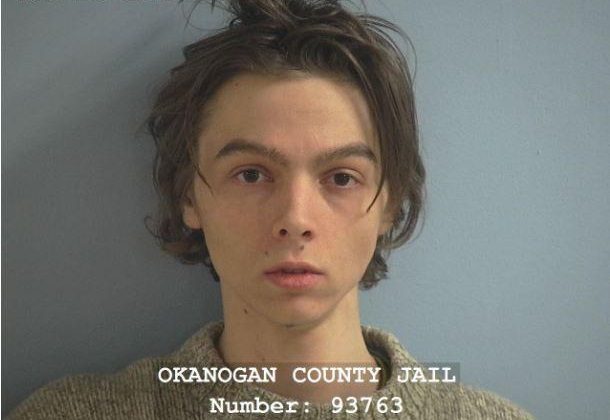 A 23-years-old Washingtonian was arrested in February for posting messages on social media threatening to kill law enforcement officers.

Aside from posting a glut of Marxist messages and imagery, Jaydin Ledford recently took to Facebook to threaten death on sheriffs who said they won’t enforce a new gun control law in Washington which is challenged in courts for being unconstitutional.

The sheriffs have stated that their duty stands with the Constitution and that they won’t enforce the law, marked I-1639, until its constitutional standing is determined.

Ledford had a different idea.

“Sheriffs that are non compliant will be shot. by me [sic],” he continued.

I-1639 is law. sheriffs that are non compliant will be shot. by me.

In another post, which appears to have since been removed, Ledford singled out Spokane Sheriff Ozzie Knezovich.

“Ozzie Knezovich is gonna get a bullet in his skull,” he wrote, according to a screenshot of the post obtained by Newsweek.

On Feb. 4, he posted an article about another sheriff refusing to enforce the law, commenting, “[expletive] republican terrorists i am going to kill every single one of them.”

In another Feb. 4 post, Ledford said, “I really want to kill a police officer.” That message appears unrelated to the I-1639 issue.

“I’ve lived under multiple death threats,” he told Newsweek on Feb. 5. “This individual needs to be located. This individual needs to be charged and held accountable. And maybe if we start doing that, maybe we will send a message to everybody across the board who wants to bully or [be] a keyboard warrior that you’re not going to get away with it.”

He also pointed to the irony of using a threat of gun violence.

“This is an individual who wants to ban guns—except he wants to kill people,” the sheriff said.

On Feb. 20, Okanogan County Sheriff’s Office deputies picked Ledford up and charged him with harassment. He was booked that day at the Spokane County Jail and then handed out to federal authorities, which may charge him with cyberstalking.

The suspect connected to the threats against several Washington sheriffs has been arrested.

Okanogan Sheriff Tony Hawley said a “concerned citizen” told him about Ledford’s posts. Hawley then discussed the matter with the FBI and sheriffs from nearby counties, concerned that Ledford “may try something.”

Hawley said no weapons were believed to be found upon Ledford’s arrest and it also appears the young man has no prior criminal record.

The I-1639 expands background checks and imposes storage requirements and waiting periods for semi-automatic rifles. It also prohibits people under 21 to buy such a rifle. The National Rifle Association and the Second Amendment Foundation have filed lawsuits against the law.

Over a dozen of sheriffs refused to enforce the law.

“I agree with my other county sheriff colleagues,” Grant County Sheriff Tom Jones said in a Feb. 4 release. “I am instructing my deputies not to enforce Initiative 1639 in Grant County while the constitutional validity remains in argument at the federal courts level. I swore an oath to defend our citizens and their constitutionally protected rights. I do not believe the popular vote overrules that.”

Knezovich, for his part, told KHQ he deems I-1639 “unconstitutional at the State and Federal level.”

But he also said the other sheriffs were “grandstanding” because it’s not up to sheriffs to enforce the law.

“What is it you would like me to do?” he said. “As Sheriff there is nothing, at this time, for me to enforce as it pertains to 1639. The day there is I’ll evaluate it and if it is against the Constitutions of the State of Washington or that of the United States I will stand against it.”

“The law requires gun shops to only sell semi-automatic rifles to those over 21 years of age, who have attended training and can provide proof they attended the required course. In addition the law requires safe storage, which is not defined,” he said. “The Sheriff has no role in the sales of semi-automatic rifles, therefore I have nothing to enforce. In addition we will not be going into people’s houses to determine what safe storage means.”